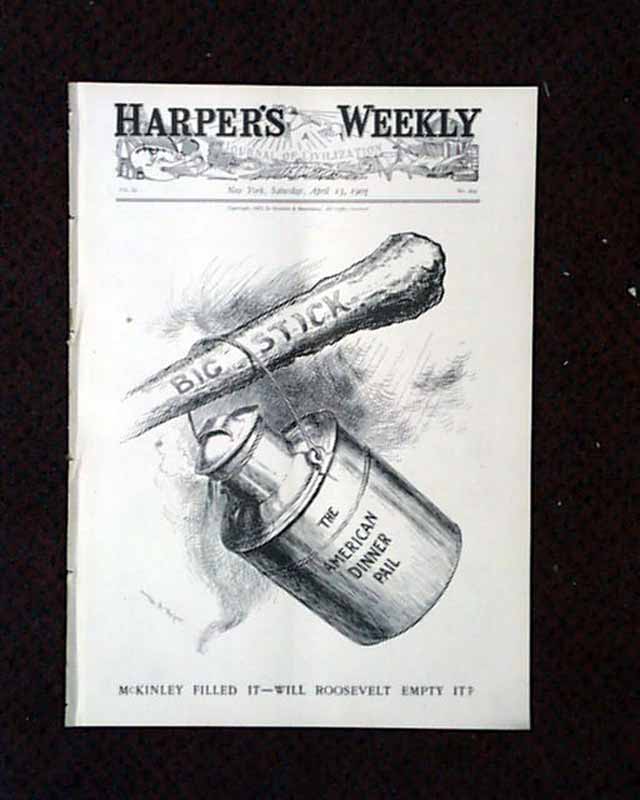 
HARPER'S WEEKLY, New York, April 13, 1907 There is a front page illustration, "McKinley Filled It--Will Roosevelt Empty It?" by W. A. Rogers. There are photos of "The Shattered Steel Coffin of a Hundred Souls"; "The Duma's Lucky Escape"; The New Motor Speedway Which is Being Built Near London"; and a double page illustration of ""An' George Says to Me, He Says--"" by James Montgomery Flagg. Also included is an illustration by G. H. Shorey called "The Guardian at the Crossways"; and there are photos of "A Bridge on Land and a Subway Above Ground" and other advertisements of the day are included as well. See photos for full details.