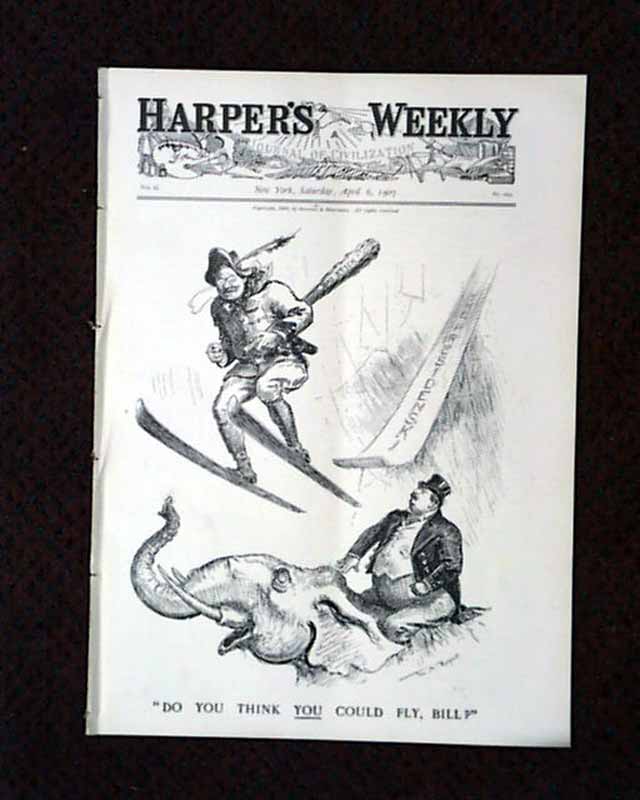 
HARPER'S WEEKLY, New York, April 6, 1907 There is a front page illustration, " 'Do You Think You Could Fly, Bill?' " by W. A. Rogers. There are articles of "Thomas Bailey Aldrich, 1836-1907" by Henry Mills Alden; "Jackson and Roosevelt A Parallel"; and there are photos of "Supply and Demand" and "The Unlucky French Navy Suffers its Eighth Disaster This Year Through the Explosion on the "Jena."" Also included is a double page photo spread of "Uncle Sam's Pleaders for Peace" and an illustration of "Watching all Three Rings at Once at the Circus" by O. E. Cesare. There is an ad of "The Kidnapping of Little Horace Marvin" and other advertisements of the day are included as well. See photos for full details.