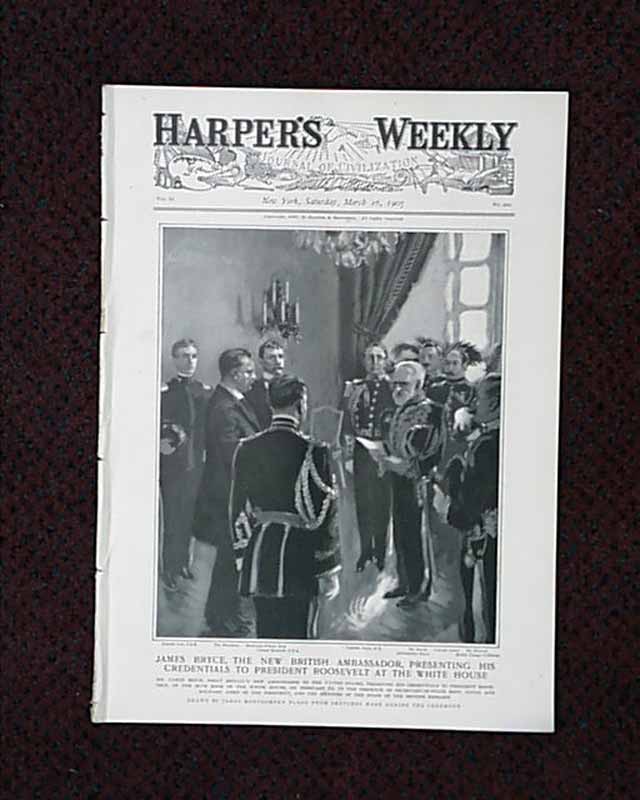 
HARPER'S WEEKLY, New York, March 16, 1907 There is a front page illustration, "James Bryce, The New British Ambassador, Presenting His Credentials to President Roosevelt at the White House" by James Montgomery Flagg. There is an article and photos of "Good Roads and the Nation's Prosperity" by Colonel Albert A. Pope. There are many other car articles like, "Coaching College Runners from a Motor-Car" by J. B. Rowland; "The Electric Motor of Yesterday and To-Day" by F. A. Babcock; "The Selfishness of City Speeding" by Richard Sylvester, and there is an illustration of "The Great-Grandson of the Prairie Schooner" by Frank Tenney Johnson. There are also many, many automobile ads and other advertisements of the day are included as well. See photos for full details.