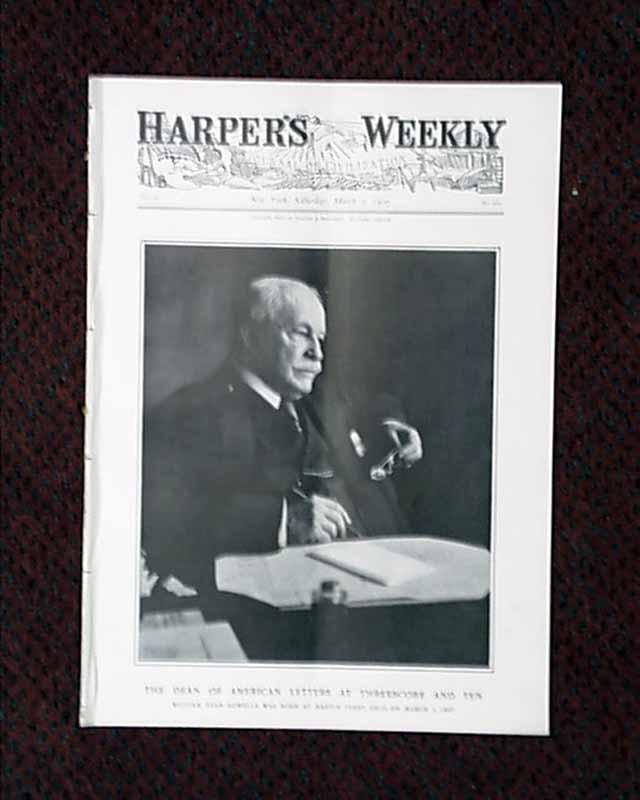 
HARPER'S WEEKLY, New York, March 2, 1907 There is a front page photo, "The Dean of American Letters at Threescore and Ten". There are photos of "The Disaster on Long Island Sound, In Which 142 Persons Lost Their Lives, the Captain's Boat Being the First to Leave the Sinking Ship"; "Imperialism and its Foes in Germany" and an article called, "The Longfellow Centenary" by Caroline Ticknor. There are also three illustrations by Vernon Howe Bailey, "The Proposed Widening and Reconstruction of East Fifty-Ninth Street, New York"; "Design for a Plaza in Brooklyn Which is to be the Focal Point of Two Bridge Approaches"; "A Plan for the Solution of One of New York's Perplexing Cross-Traffic Problems" and other advertisements of the day are included as well. See photos for full details.