Home > Back to Search Results > Mark Twain and the Cat....
Click image to enlarge 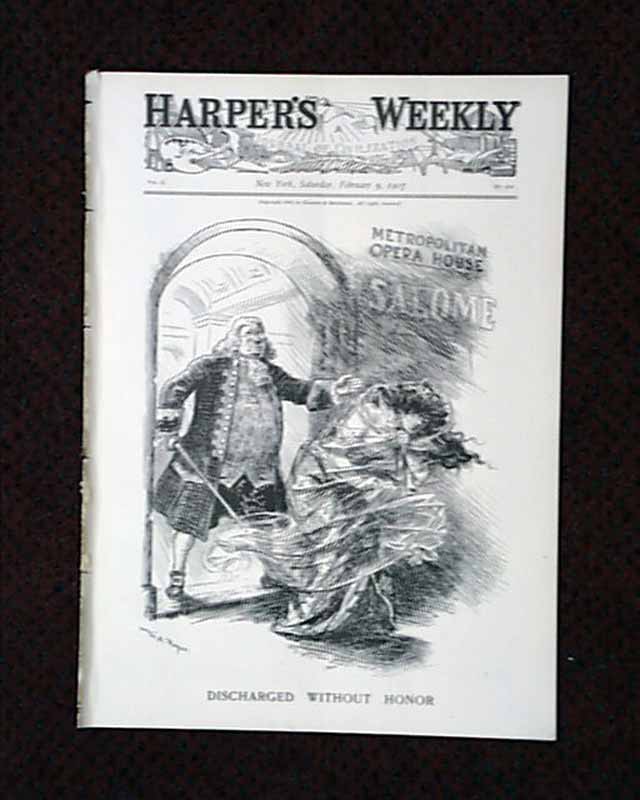 
HARPER'S WEEKLY, New York, February 9, 1907  There is a front page illustration, "Discharged Without Honor" by W. A. Rogers. There is an article called, "Mark Twain and the Cat" by Herman Spencer and also an illustration of "The Landing of Carteret in New Jersey" by Loward Pyle. There is also a photo of "The Beginning of a Momentous Suit in Which Two Nations are Interested" and other advertisements of the day are included as well. See photos for full details.