Home > Back to Search Results > The President in San Juan...
Click image to enlarge 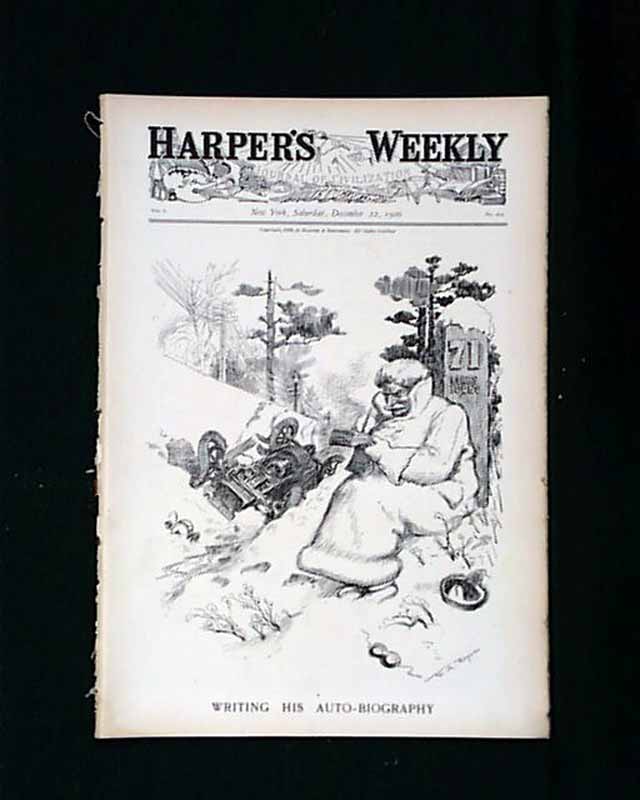 The President in San Juan...


HARPER'S WEEKLY, New York, December 22, 1906 There is a front page illustration,"Writing His Auto-Biography" by W. A. Rogers. There is an article called "The Progress and Promise of the Work at Panama" by William Inglis and there are photos of "An American President's First Visit to an American Colony" and "Consecration Services in the New Catholic Cathedral at Richmond." There is also, a double page spread of small illustrations by J. S. Anderson of "Behind Their Looking-Glasses, or--How the Cabinet Members Look to Each Other" and an illustration, "'Stand Clear!'" by George McEvoy and other advertisements of the day are included as well. See photos for full details.