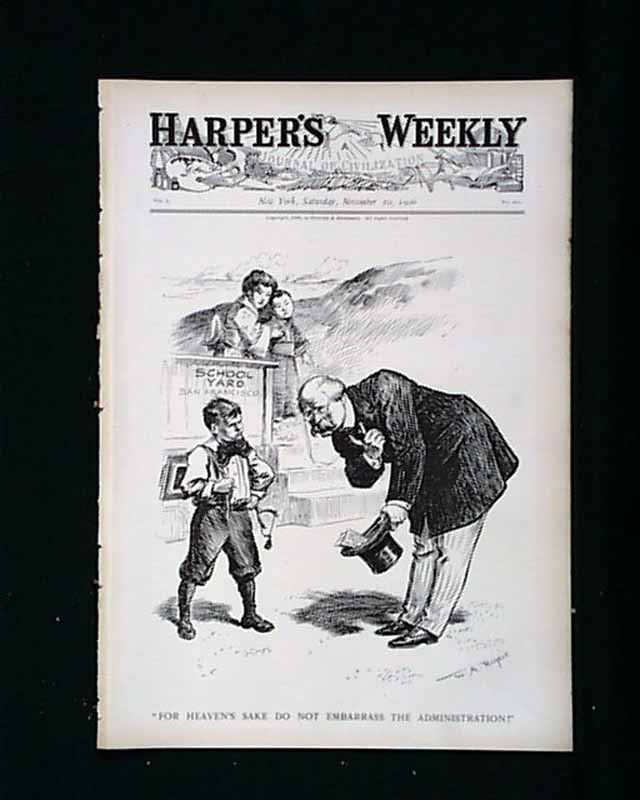 
HARPER'S WEEKLY, New York, November 10, 1906 There is a front page illustration, ""For Heaven's Sake Do Not Embarrass the Administration!" by W. A . Rogers. There is an article and photos of "The Dangers of the Submarine, Real and Imaginary" by Lawrence Y. Spear. There is another article with photos of "Heroism and Suffering in the Typhoon at Hong Kong" by and Eye-Witness. In this issue, there is also an illustration of "Building the SkyScraper-I.--Making Ready for the foundations" by Albert Levering and photos of "Boris Sarafoff"; "Miss Fay Davis"; "The Disastrous Railroad Wreck at Atlantic City"; "Trying Out the New Football Rules" and other advertisements of the day are included as well. See photos for full details.