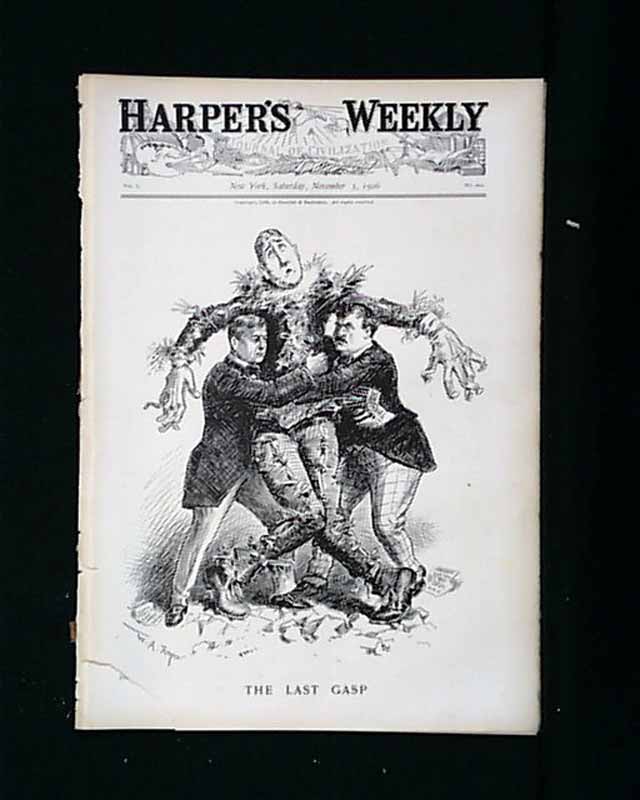 
HARPER'S WEEKLY, New York, November 3, 1906 There is a front page illustration, "The Last Gasp" by W. A . Rogers. There are photos in this issue such as "Hughes's Campaign Against Hearst for the Governorship of New York" and "The Recent Intercollegiate Golf Tournament at Garden City, Long Island, in which Yale Won Both Team and Individual Championships." There also is an illustration of "Waltz Me Around Again, Willie, Around and Around and Around" and other advertisements of the day are included as well. See photos for full details.