Home > Back to Search Results > Valparaiso Wrecked by Earthquake and Fire...
Click image to enlarge 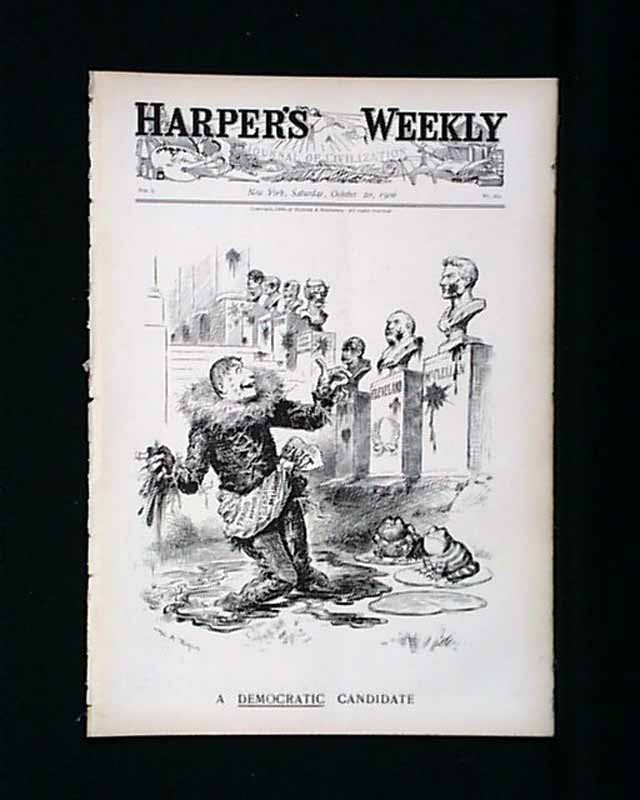 Valparaiso Wrecked by Earthquake and Fire...


HARPER'S WEEKLY, New York, October 20, 1906 There is a front page illustration, "A Democratic Candidate" by W. A . Rogers. There is a full page illustration of "The Immense "Culebra Cut" in the Heart of New York City" by Vernon Howe Bailey and many photos in this issue such as "America's Greatest Sporting Event--The Running of the Third Vanderbilt Cup Race"; "The First Photographs of the Devastated City of Valparaiso Wrecked by Earthquake and Fire"; "The Gorgeously Appointed Pennsylvania State Capitol at Harrisburg, the Dedication of which President Roosevelt Attended" and other advertisements of the day are included as well. See photos for full details.