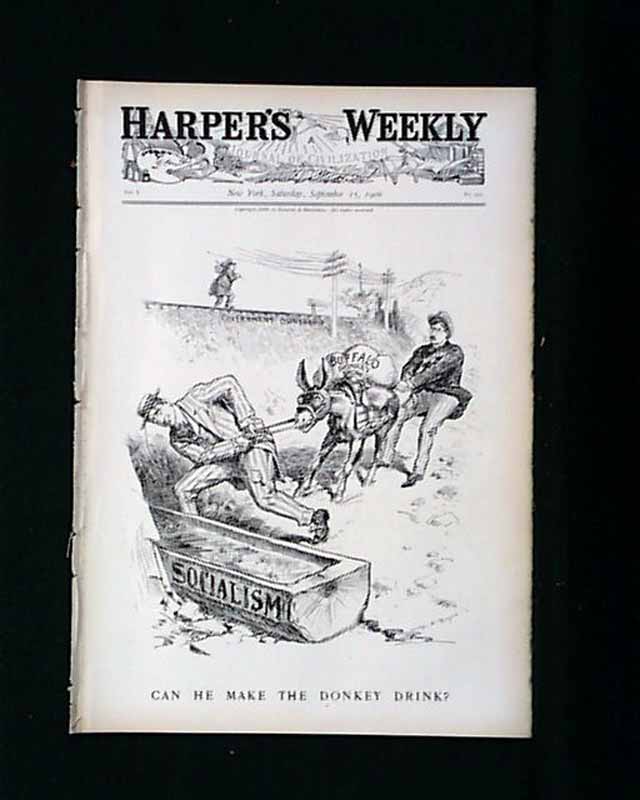 
HARPER'S WEEKLY, New York, September 15, 1906 There is a front page, illustration, "Can he Make the Donkey Drink?" by W. A . Rogers. There are many photos including "The Triumphal Return of William Jennings Bryan"; "The Navy's Ponderous "Battle-Ship" Target"; "The Harvard-Cambridge Boat-Race on the Thames on September 8" and "The Portentous Meeting of King Edward and the Kaiser--Their Majesties at Homburg." There is an article, "The Future in America" by H. G. Wells, author of War of the Worlds, in this issue. There are other photos in this issue including "The Honeymoon of Spain's Youthful Rulers at La Granja, Near Madrid"; "King Edward on the Rifle-Ranges at Bisley" and other advertisements of the day are included as well. See photos for full details.