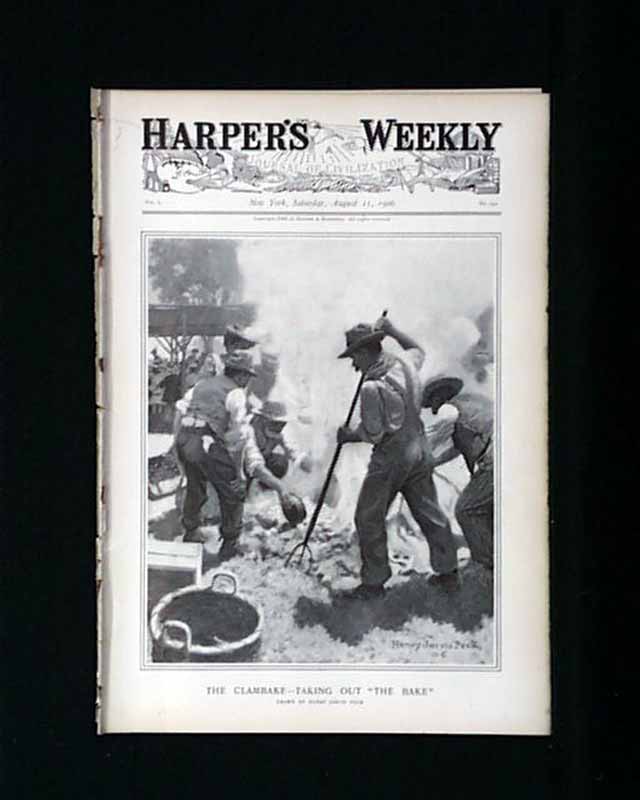 HARPER'S WEEKLY, New York, August 11, 1906  There is a front page illustration, "The Clambake--Taking Out "The Bake."" There is an article and photos on "Vesuvius in Eruption at Close Range" by Frank A. Perret and "To Dreyfus Vindicated" by Robert Underwood Johnson. "The Future in America" written by H. G. Wells, author of War of the Worlds, and illustrations by E. V. Nadherny and Vernon Howe Bailey are also in this issue. There is a double page photo of "Vesuvius as it Appears To-Day, Its Summit Blasted by the Great Eruption of Last April" by Frank A. Perret; and "The Victorious Harvard Crew Which Will Row Against Cambridge on the Thames" by N. W. Penfield. There is also "The Rialto Plays Baseball" by Juley; "The Races and Water Sports at the Larchmont Yacht Club", and other advertisements of the day are included as well. See photos for full details.