Home > Back to Search Results > The Coronation of George V.... The Mystery of the "Maine"...
Click image to enlarge 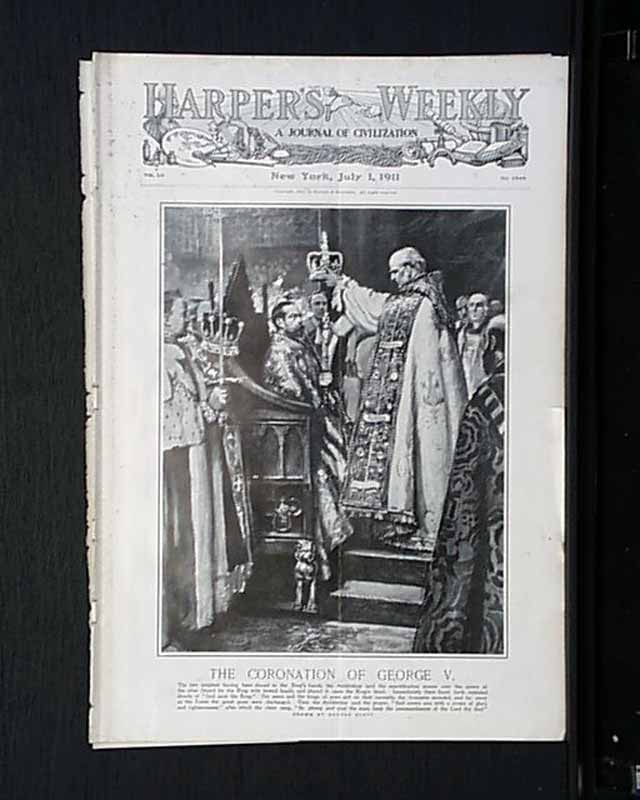 The Coronation of George V.... The Mystery of the "Maine"...

The front page of this issue is an illustration of "The Coronation of George V." by George Scott.

This issue has an illustration of "Administering the Oath to the King" by Ralph Cleaver; "The King Receives the Armill and Robe" by J. R. Skelton and "The Delivery of the Orb" by C. H. Taffs. There is a double page illustration of "An Achievement of the Medal of Honor" by Sidney H. Riesenberg which says, "Sergeant Edward P. Grimes....awarded the Medal of Honor for gallantry in actions....the command being almost out of ammunition....he voluntarily brought up a supply under heavy fire at almost point-blank range." A full page article with two photos of  the famous battleship, "Uncovering the Mystery of the 'Maine'". There are also several full page car ads and so much more.