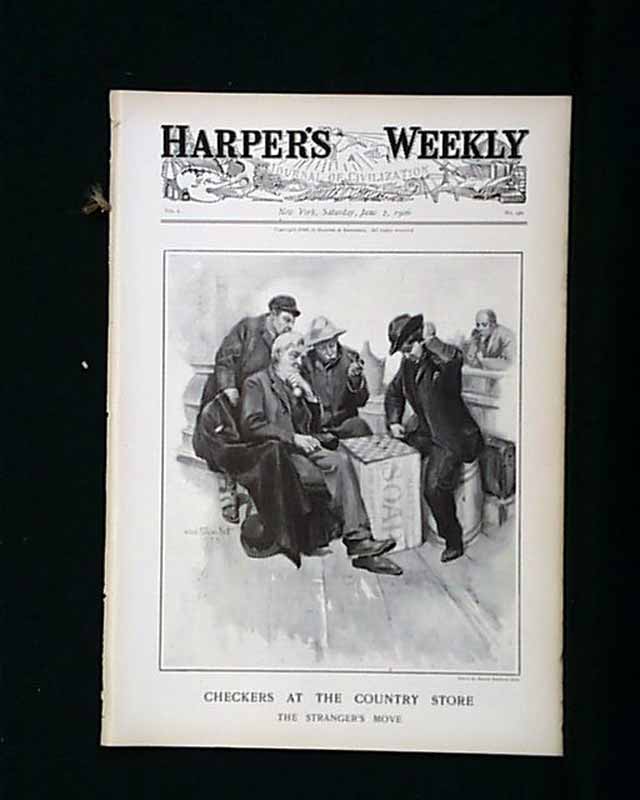 
HARPER'S WEEKLY, New York, June 2, 1906There is a front page illustration, "Checkers at the Country Store, The Stranger's Move" by Harold Matthews Brett. There is an article "Murder as a Labor Weapon" by Franklin Matthews and "Britain and Her Restless Blacks" by Edgar Mels. Also, there is a double page photo spread of on one page "Victories of American Athletes at the Olympic Games" and on the right side "Scenes in the Stadium at  Athens Where American Athletes Triumphed". Photos of "Harvard Wins from Yale in Track and Field Sports" and other advertisements of the day. See photos for full details.