Home > Back to Search Results > The Remains of San Francisco after Tragedy...
Click image to enlarge 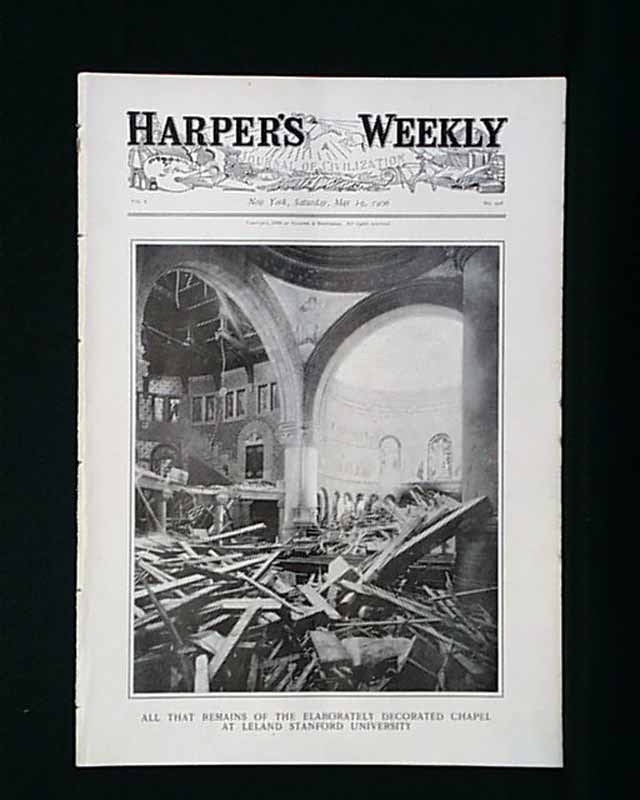 The Remains of San Francisco after Tragedy...


HARPER'S WEEKLY, New York, May 19, 1906  There is a front page photo, "All That Remains of the Elaborately Decorated Chapel at Leland Stanford University". There is an article, "The Human Drama at San Francisco" by Herman Whitaker, and many photos of the San Francisco Catastrophe. There is "Temporary "Homesites" in Golden Gate Park for Thousands of Refugees from the Desolated City"; "A City Under Martial Law--Phases of the Military control of San Francisco which Brought Order out of Chaos"; "Scenes of Ruin at Leland Stanford, Jr., University, in Palo Alto" and many others. Also, "The Sentry, a Philippine Incident" by Frank Chester Pease and other advertisements of the day. See photos for full details.