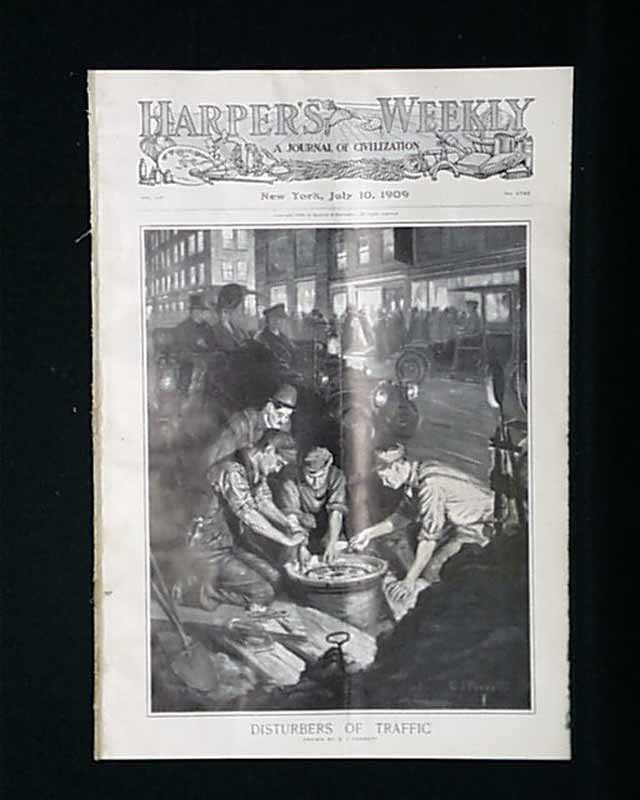 
HARPER'S WEEKLY, New York, July 10, 1909  The front page of this issue has an illustration of "Disturbers of Traffic" by G. J. Perrett.
This issue has a photo spread of "The Senate Studies the Problem of Flight"; "Cincinnati's Novel Attempt at Nocturnal Baseball"; "A Prisoner of Science"; "The United States Open Golf Championship at Englewood, New Jersey"; and "The Earthquake in Southern France." There is a double page illustration of "Tariff Juggling at Washington--Aldrich. "Keep Them Up, Bailey--Don't Let Anything Drop."" by Kemble. There is also a full page illustration of "'Platonic Friendship' " by Harry Linnell and a photo spread of "An Interesting American Chateau" and much more.
Other advertisements of the day are included as well, helping to portray life at the turn of the century.