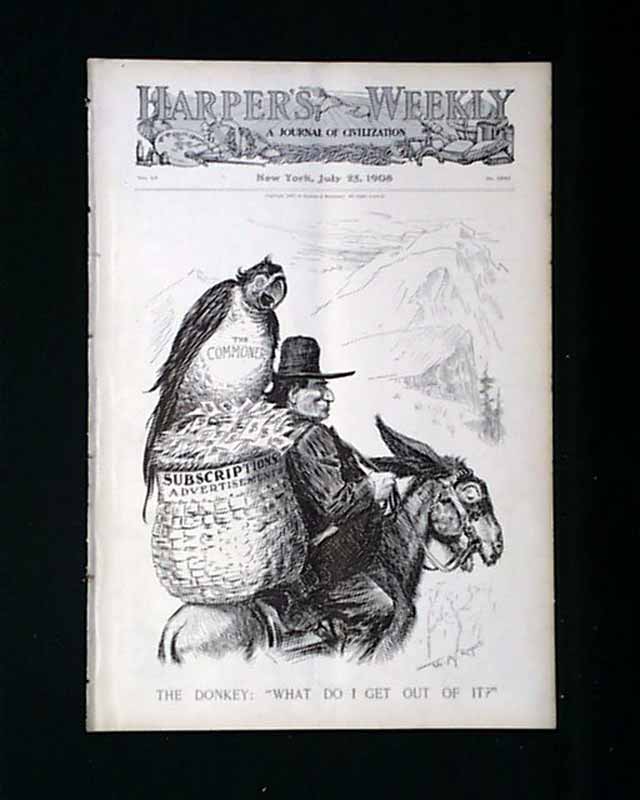 
HARPER'S WEEKLY, New York, July 25, 1908  The front page of this issue has an illustration by W. A. Rogers called "The Donkey: 'What do I Get Out of It?'"
There is a half page photo of "Bryan and Murphy Hand in Hand." There are two full pages of photos of "America's Olympian Victors--The Athletes Who Scored Against the World in the British Stadium" and on the next page "The Winning American Riflemen at Olympia."
Included in this issue is a small article called "Forty Acres of Baseball and Cricket." There is a double page illustration by Kemble called "Felicitations" and there is a full page illustration, "The Intruder" by Bayard Jones. Also in this issue is as article by William C. Mills, "Digging Up the Past" plus much more.
Other advertisements of the day are included as well, helping to portray life at the turn of the century.