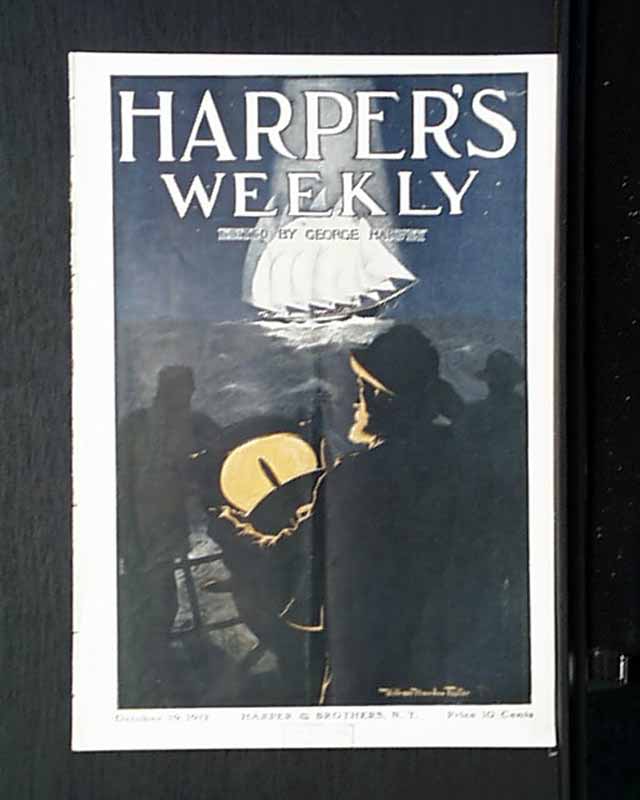 This issue has a color cover sheet over it and the front page of this issue has an illustration called "The Power Behind the Throne" by C. J. Budd.

In this issue there is an article called "The Disruption of Mexico" by Elisha Hollingsworth Talbot. There is also the third part of the story "Alice in Blunderland--The Plain People Through the Looking-Glass by Two of Them" and there are photos of "Plays and Players." There is an illustration called "Danger Ahead" by C. J. Budd and a full page illustration called "The Midnight Inspection" by John Newton Howitt and much more.