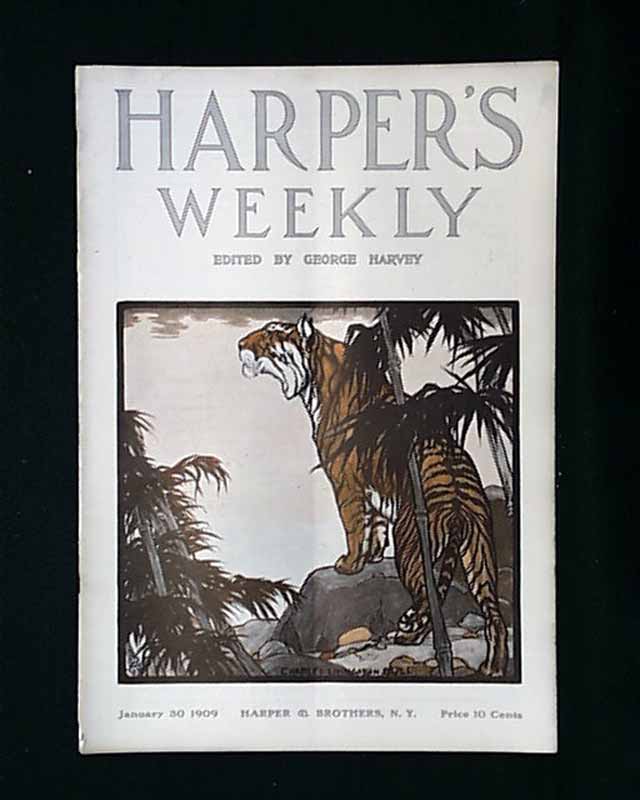 
HARPER'S WEEKLY, New York, January 30, 1909  There is a color cover on this issue. The front page of this issue has an illustration of "A Solid Man on a Solid Foundation" by W. A. Rogers.