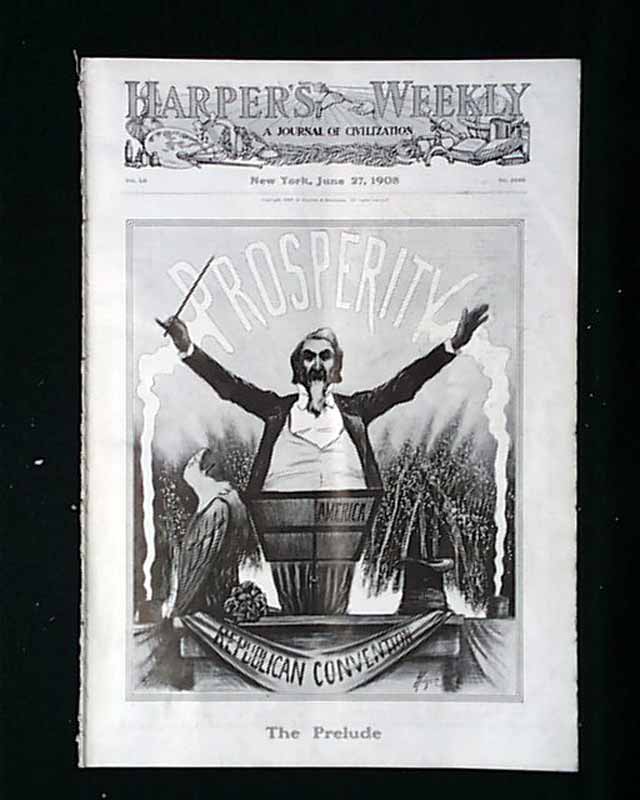 
HARPER'S WEEKLY, New York, June 27, 1908  The front page of this issue has an illustration by Kemble, "The Prelude." There are also other sketchings by him which include "Circus Day in the Coliseum"; a double page of "They're Off--and Going Some"; and full pages of "The Third Day at Chicago"; "The Moist Fourth Day"; and Convention Notables taken Unawares."

There is a photo of the American republican presidential candidate, William Howard Taft and the Vice-President candidate, James Schoolcraft Sherman.

Also included is a full page photo of "The Republican National Convention at Chicago, June 16-19, 1908" and a full page of small photos labeled " Down the Years with Taft." Also in this issue is a page of photos called "American Contestants for Olympic Honors--The Recent Try-Outs at Franklin Field Philadelphia."

Other advertisements of the day  are included as well, helping to portray life at the turn of the century.