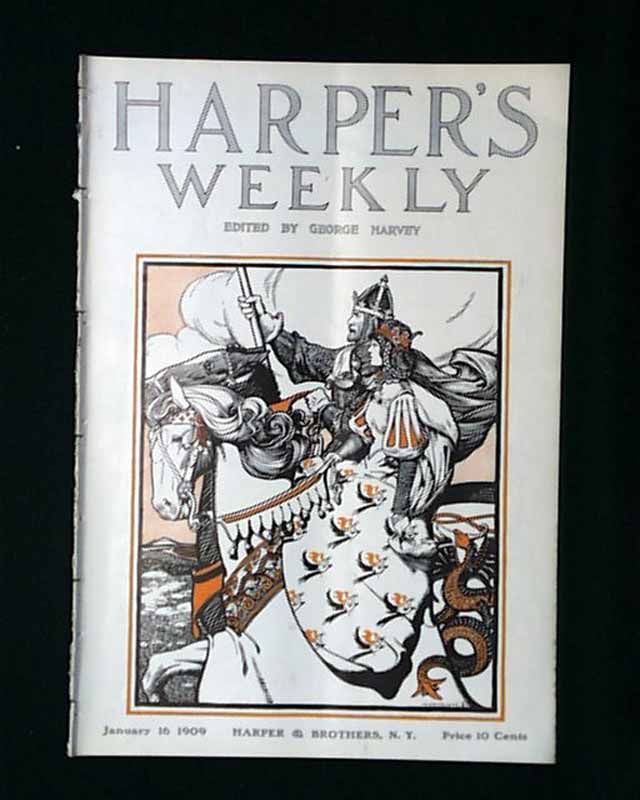 
HARPER'S WEEKLY, New York, January 16, 1909  There is a color cover on this issue with an illustration. The front page of this issue has a photo of "Italy's Grisly Task."
This issue has photos of "Amid the Ruins That Roused the Pity of the World"; "Italy's Tragedy of the Centuries" and there is an illustration of " 'It's A Girl!' " by Angus Mac Donall. Also in this issue are photos of "Some Historic Associations of Edgar Allan Poe"; "The "Night-Rider" Trials in Tennessee" and a double page illustration of "Faith, Hope, and Charity" by James Montgomery Flagg and much more.
Other advertisements of the day are included as well, helping to portray life at the turn of the century.