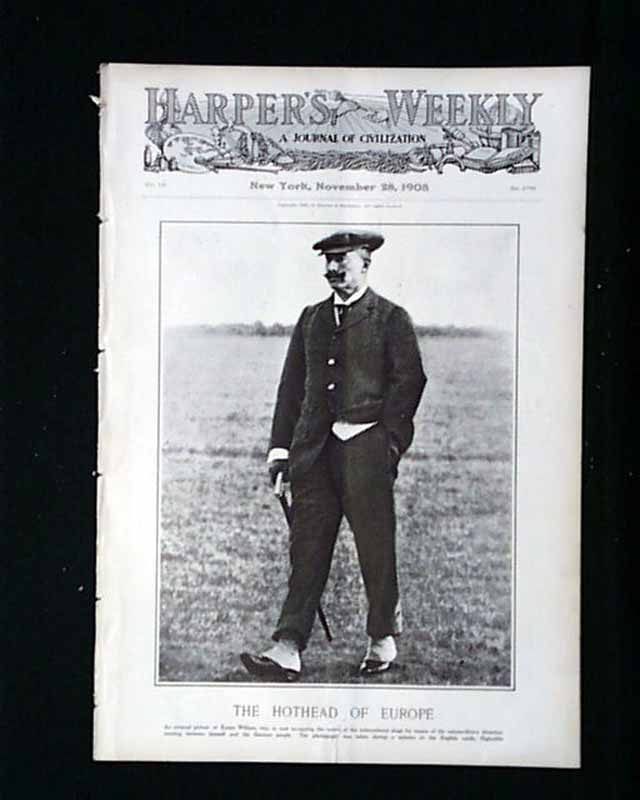 HARPER'S WEEKLY, New York, November 28, 1908  The front page of this issue has a photo of "The Hothead of Europe" which is relating to Kaiser William.

This issue has a photo of "The Most Eloquent Woman in the World" and "King Edward Enjoying his Sixty-Seventh Birthday." There is a photo of "A Prima Donna By Right and Role"; and a double page illustration of "The Fairy Magic of a City's Night." Also, there is a photo of "The Affectionate Fourth Son of the German Emperor, and His Bride, the Princess Alexandra" and a full page illustration of "The Path of Glory" by G. P. Hoskins and much more.