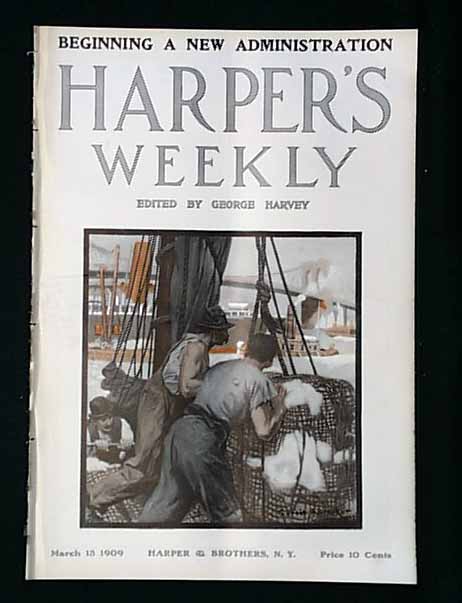 
HARPER'S WEEKLY, New York, March 13, 1909  There is a color cover on this issue. The front page of this issue has a photo of "President Taft Reviewing the Inaugural Parade."

This issue has photos of "Mr. Taft Rides into Office on a Blizzard"; "Washington Greets the New President" and "A New Portrait of Mrs. Clarence H. Mackay." There is also a double page photo of "Mr. Taft's First Journey as President" and an illustration of "The Auction" by Walter J. Biggs. Also, there is an illustration of "Weathering the Inauguration" by Kemble and much more.