Home > Back to Search Results > Cover illustration by W.A. Rogers... The Galveston Hurricane of 1900...
Click image to enlarge 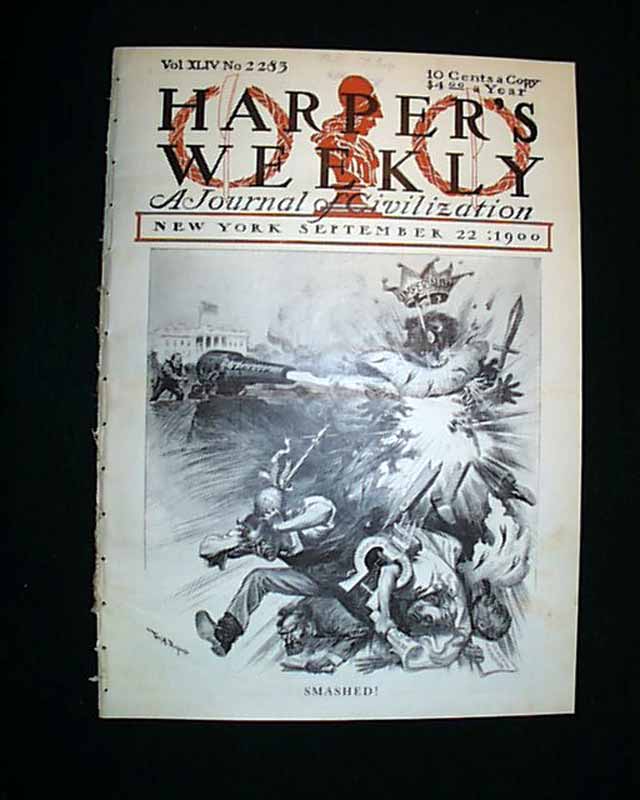 
HARPER'S WEEKLY, New York, September 22, 1900  The cover of this issue has a political cartoon by W.A. Rogers titled "Smashed!".

The "inside cover" has an illustration captioned: "The Destruction of Galveston" (see photo), with more inside, including a half pg. titled: "Bathing Pavilions On the Beach At Galveston", and a lengthy article titled: "The Galveston Calamity", and a full page print: "The Busy Wharves of Galveston Before their Destruction by the Hurricane of September 8, 1900". The outer cover has, "SMASHED," by W.A. Rogers.

There is a very nice, unrelated centerfold print of: "General View of the Pan-American Exposition, Buffalo, New York As it Will Appear in 1901."

With the original color cover....