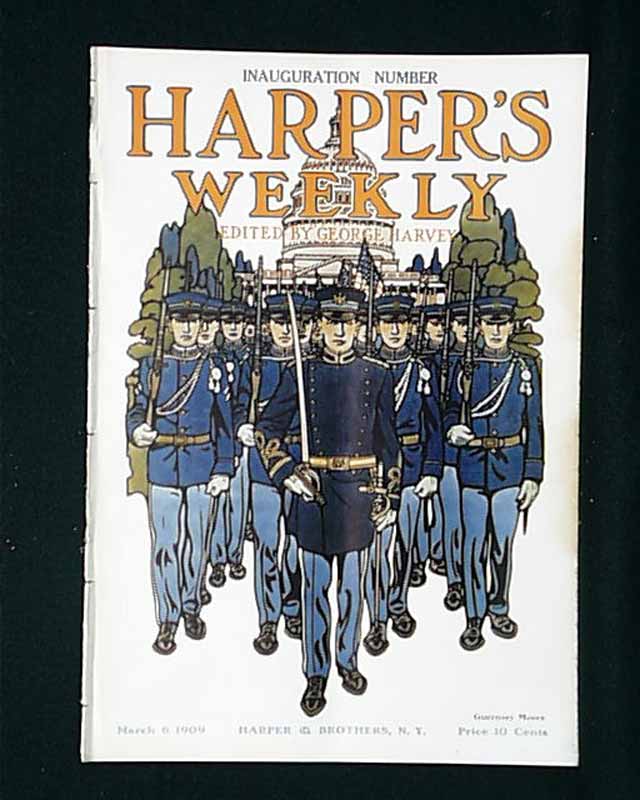 
HARPER'S WEEKLY, New York, March 6, 1909  There is a color cover on this issue. The front page of this issue has a photo of "The New White House Family."

This issue has a photo of "Theodore Roosevelt--Who Retires After Seven Years in the White House" and an article of "To Theodore Roosevelt: Greeting!" There is another full page photo, this one of "William H. Taft--President of the United States" and this is also with an article of "To William H. Taft: Greeting!" plus, there is a page of photos of "President Taft's Cabinet." Also in this issue is "The First Photograph Ever Published of the "Tennis Cabinet" in Session"; a double page illustration of "'Good-By, Bill, I've had a Perfectly Corking Time!' "; a full page photo spread of "Welcoming the Battle Fleet Home" and much more.