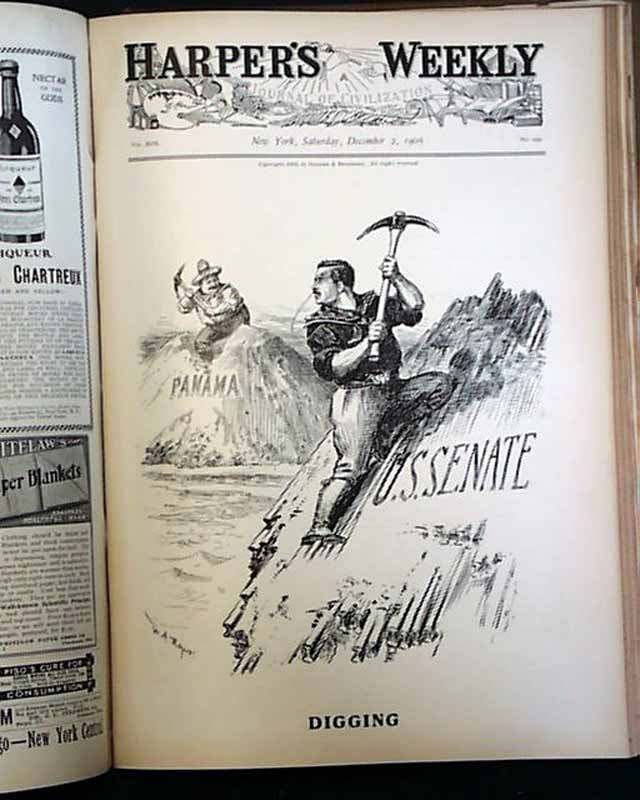 
HARPER'S WEEKLY, New York, December 2, 1905 Front page illustration "Digging" by W. A. Rogers; John M. Pattison, Governor-Elect of Ohio, Whose Election Defeated the Republican Machine Bosses; Yale's Victory Over Princeton at New Haven; The Reign of Terror in Russia--Scenes of the Massacres of Jews and the General Industrial Uprising; The Evils of College Athletics; and other advertisements of the day. See photos for full details.