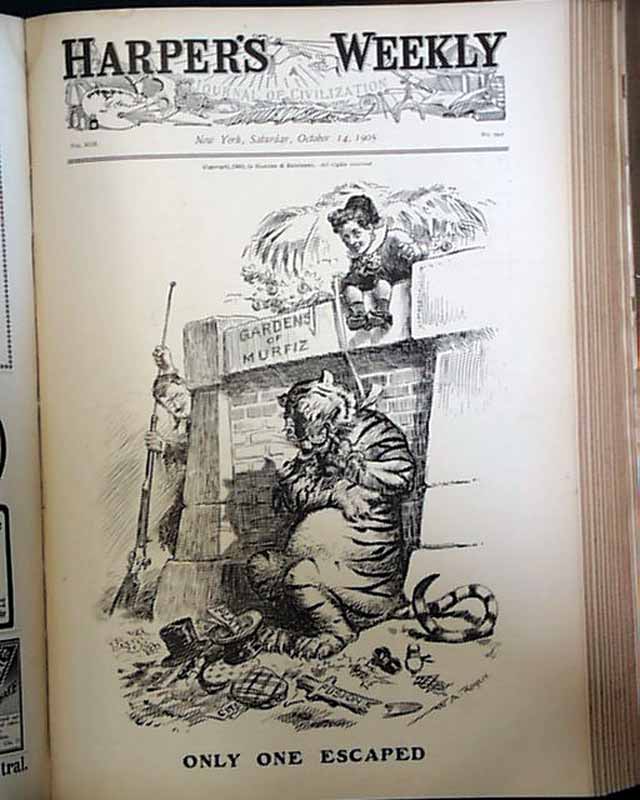 
HARPER'S WEEKLY, New York, October 14, 1905 Front page illustration "Only One Escaped" by W. A. Rogers; Our Record in Porto Rico; Distinguished American ARmy Officers Who Attended the French Military Manoeuvres; Views of the Swedish Army Manoeuvres at Norrlands--Since Norway's Revolt Sweden has Redoubled Her Military Activities; The Political Upheaval in Russia--Destruction Wrought at Odessa By the Revolutionists; The Season of the Country Fair--Scenes at the Dutchess County Fair at Poughkeepsie; and other advertisements of the day. See photos for full details.