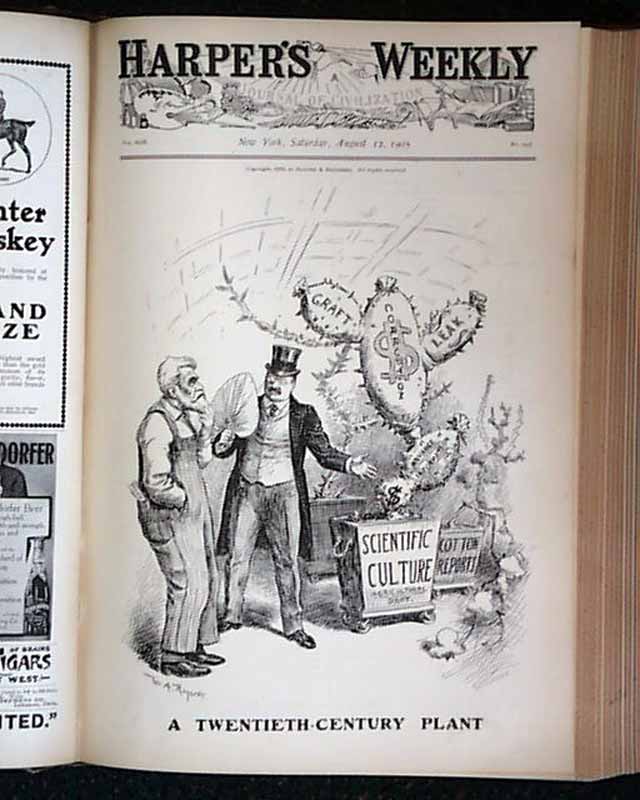 
HARPER'S WEEKLY, New York, August 12, 1905  Front page illustration "A Twentieth-Century Plant" by W. A. Rogers; The Disastrous Boiler Explosion on the Gunboat "Bennington" in San Diego Harbor; Japan's Chief Peace Envoy in America; The Reception of the Body of Admiral John Paul Jones at the Naval Academy, Annapolis; Photographs of the Russian War-Ships Which Fled to Manila After the Fight With Togo; Views of the German Annual Diving Competition Held on the River Bober in Silesia; and other advertisements of the day. See photos for full details.