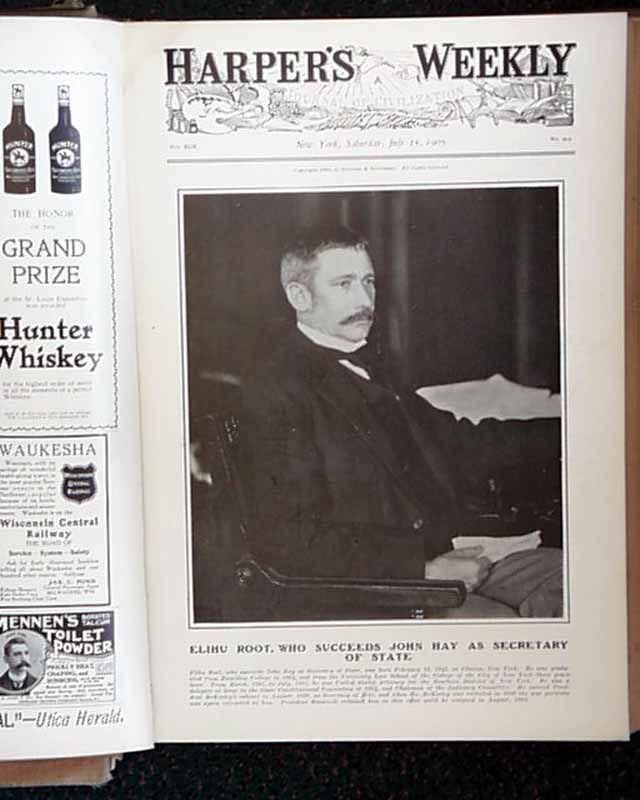 HARPER'S WEEKLY, New York, July 15, 1905  Front page Photo: "Elihu Root, Who Succeeds John Hay as Secretary of State". Inside images include: "Scenes at Cleveland, Where the Body of John Hay Lay in State, and Where His Funeral Was Held", "Scenes at the Intercollegiate Boat-Races on the Hudson", "Fifty Years of Progress in America", "The Mutiny of the Sailors of the Russian Battle-Ship 'Kniaz Potemkin' at Odessa", etc., along with advertisements of the day. See photos for full details.