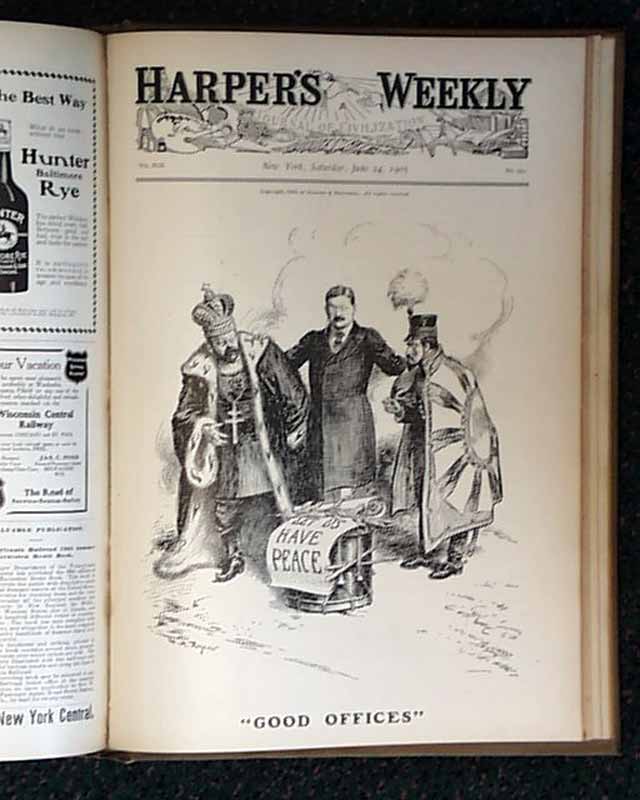 
HARPER'S WEEKLY, New York, June 24, 1905Front page illustration "Good Offices" by W. A. Rogers; Men Prominent in the Reorganization of the Equitable Life Assurance Society; Prominent Members of the Royal House of Sweden, From Which Norway has just Proclaimed Independence; Close of the Racing Meet at Gravesend; The Latest Portrait of Booth Tarkington, Whose New Novel, "The Conquest of Canaan," is Now Appearing Serially; American Crews Which Will Compete in this Season's Regattas; With the Japanese Army in Manchuria--Dugouts and Trenches Constructed by the Japanese During their Advance; and other advertisements of the day. See photos for full details.