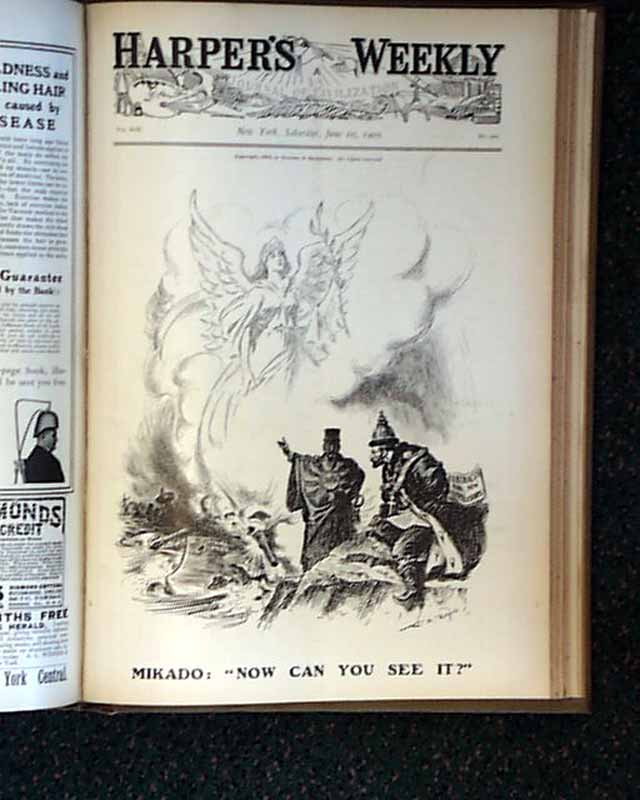 
HARPER'S WEEKLY, New York, June 10, 1905Front page illustration "Mikado: "Now Can You See It?" by W. A. Rogers; Four Members of the Interstate Commerce Commission Who Testified on the Subject of Rate Regulation Before the Senate Committee on Interstate Commerce; Port Arthur as it Looks After Five Months of Japanese Occupation; The Principal War-Ships of the Russian Fleet Destroyed by Admiral Togo in the Great Naval-Battle of Tsushima; The Opening of the Polo Season--The Match Between the Meadowbrook and Great Neck Teams at Westbury, Long Island; The President at the Unveiling of the Statue of General Slocum, in Brooklyn. On Decoration Day; and other advertisements of the day. See photos for full details.