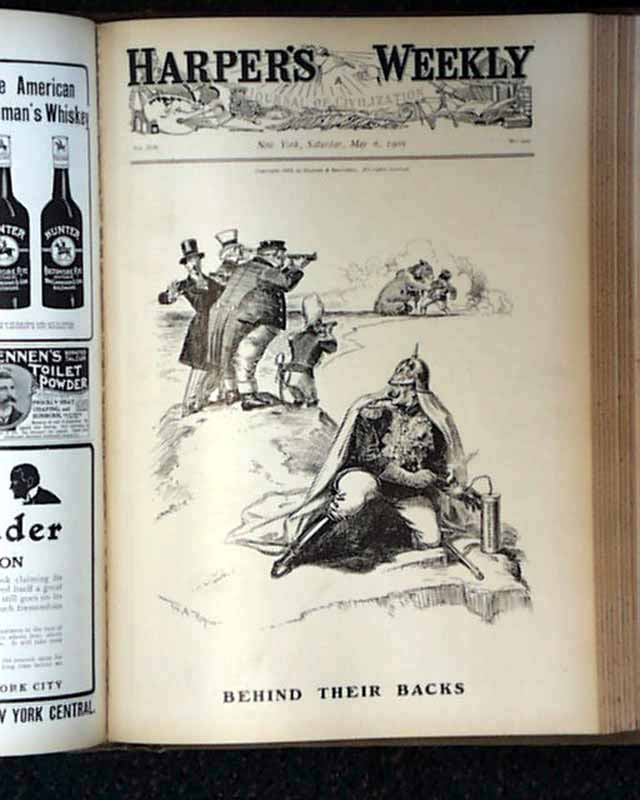 
HARPER'S WEEKLY, New York, May 6, 1905Front page illustration "Behind Their Backs" by W. A. Rogers; Lessons Learned From the War--Eleven-Inch Howitzers Put to a New Use; Lessons Learned From the War--The Japanese Climbed up this Cliff and Captured Takushan Fort at the Top by a Hand-to-Hand Assault; Incidents of the Western Trip of President Roosevelt and His Party; "Jefferson in Some of His Best-Known Roles; and other advertisements of the day. See photos for full details.