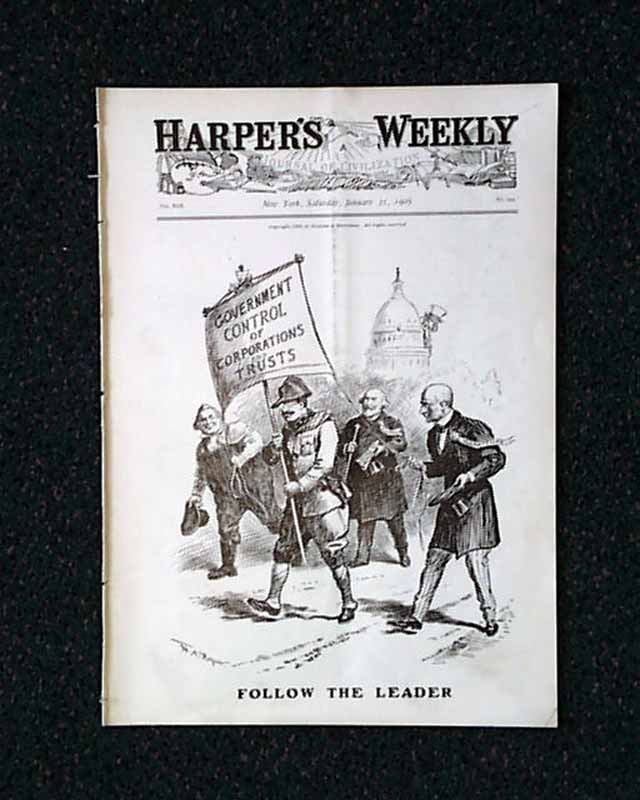 
HARPER'S WEEKLY, New York, January 21, 1905 Front page illustration "Follow the Leader" by W. A. Rogers; The Latest Photo of General Kuropatkin and His Officers at Russian Headquarters in Manchuria; E. A. Abby's New Panel, Painted for the Royal Exchange, London; The Effect of a Cold Wave at Niagara--A Winter Scene Near the Falls; Photos of Scenes at the War Manoeuvres at Aldershot, England; and other advertisements of the day. See photos for full details.