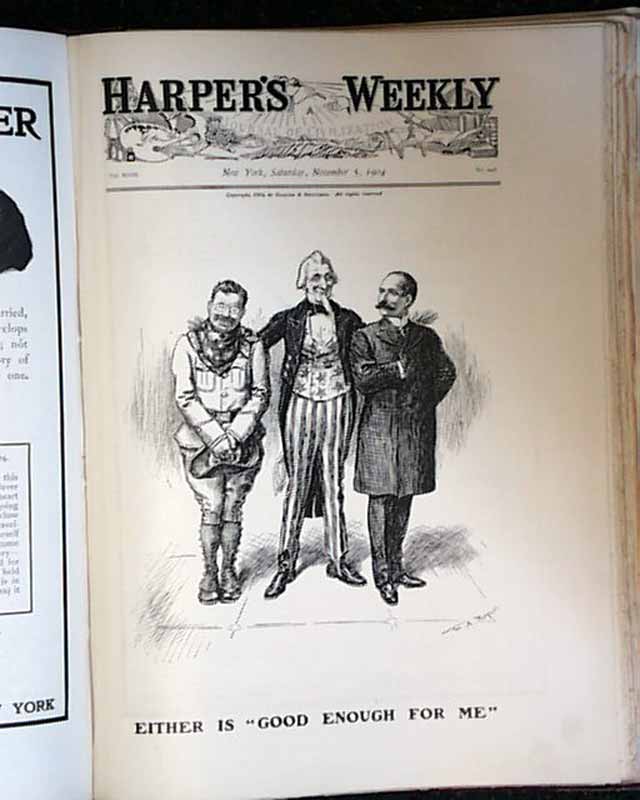 
HARPER'S WEEKLY, New York, July 2, 1904 Front page Photo, Theodore Roosevelt; The Yale-Harvard Crews on the Thames in Trials for the 'Varsity Boat-Race on June 30; Coolies Unloading Supplies for Japanese Troops at Ri-Ka-Ho; Red Cross Plans for the Wounded Russians; Japanese Landing in the Harbor at Chinampo; Double page Photo, With the Japanese Troops--On the March Near Seoul, The Korean Capital;  Double page illustration "Lining Up for the Greatest Race in the World" by W. A. Rogers; The Opening of the Republican National Convention at the Coliseum, Chicago, in Session June 21,22, and 23; and other advertisements of the day. The issue is complete in 12-16 pages, in good condition, and contains additional prints and related text. See photos for details.