Home > Back to Search Results > Fox-hunting...
Click image to enlarge 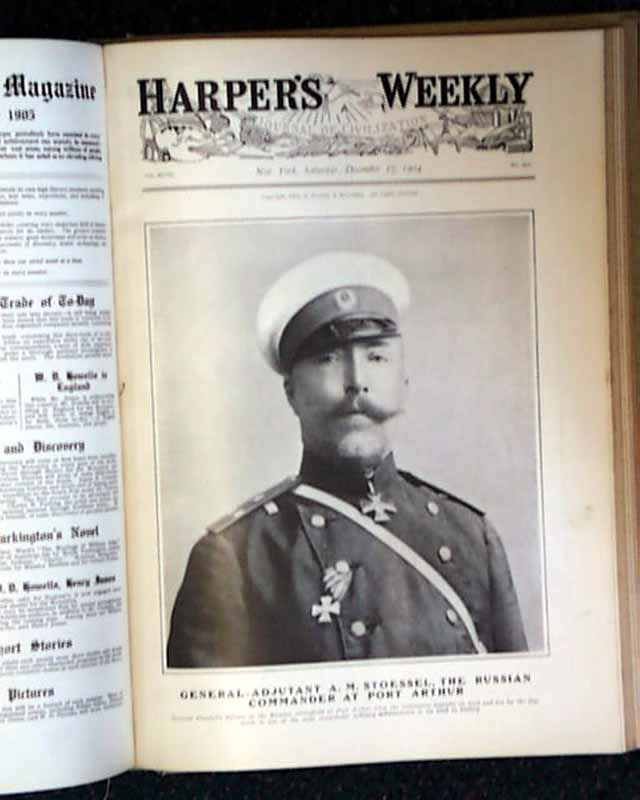 
HARPER'S WEEKLY, New York, December 17, 1904Front page Photo, General-Adjutant A. M. Stoessel, The Russian Commander at Port Arthur; The End of the Fox-Hunting Season--Photos of  a Meet of the Meadowbrook Hunt Club; "Street Scene in Tokyo at Announcement of Japanese Successes at Port Arthur" by G. Yeto; Photo of the Japanese War Balloons Used to Reconnoitre the Russian Positions at Port Arthur; Ramon Corral, the Newly Elected Vice-President of Mexico; The Latest Addition to Our Navy--Launching of the Armored Cruiser "Tennessee"; and other advertisements of the day. The issue is complete in 12-16 pages, in good condition, and contains additional prints and related text. See photos for details.