Home > Back to Search Results > Yale-Princeton...
Click image to enlarge 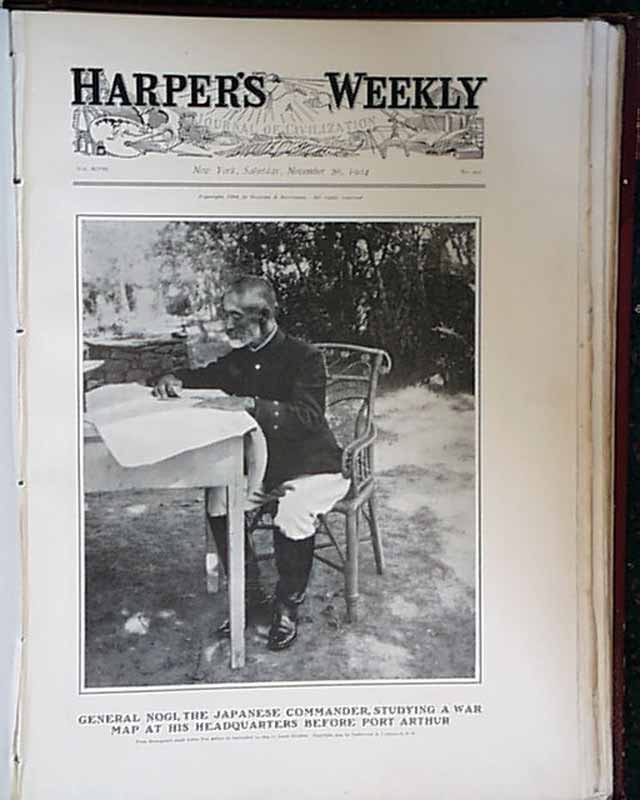 
HARPER'S WEEKLY, New York, November 26, 1904Front page Photo, General Nogi, The Japanese Commander, Studying a War Map at His Headquarters Before Port Arthur; The Statue of Frederick the Great, Presented to America by Emperor William, and Unveiled at Washington, November 19; The First Photos Taken of Scenes in and Around Port Arthur During the Present Siege; Double page Photo, The End of the Football Season--A Sap-Shot of the Spectators and Players at the Yale-Princeton Game at Princeton; and other advertisements of the day. See photos for full details.