Home > Back to Search Results > Lauching of Battleship "Nebraska"...
Click image to enlarge 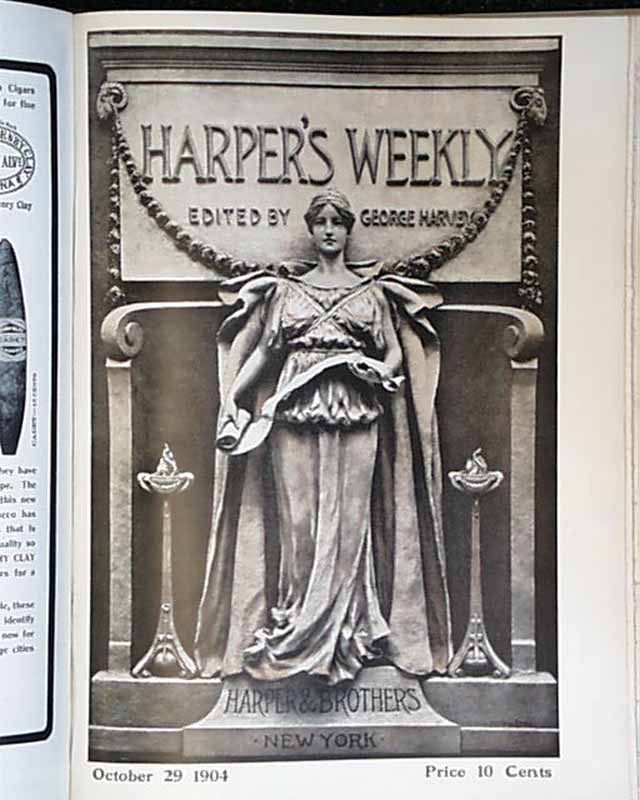 
HARPER'S WEEKLY, New York, October 29, 1904 Alexander E. Orr, President of the Board of Rapid Transit Commission Which has Directed the Building of New York's New Subway; A New Automobile Record From Chicago to New York--Messrs. B. B. Holcomb and Laurence Duffie in the Columbia Car, With Which They Reduced the New York-Chicago Record to 58 Hours 45 Minutes; Caricatures by Japanese Artists of Some of the Prominent Leaders in the Far East; The Latest Addition to Our Navy--The Launching of the Battle-Ship "Nebraska" at Seattle; The Game Sherlock Holmes; Double page illustration "How Sharper The a Serpent's Tooth!" by W. A. Rogers; and other advertisements of the day. The issue is complete in 12-16 pages, in good condition, and contains additional prints and related text. See photos for details.