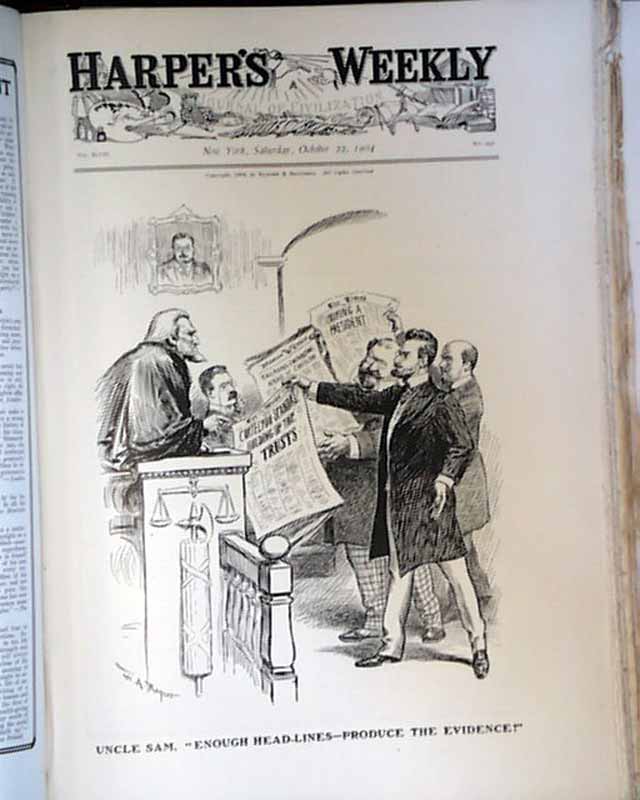 
HARPER'S WEEKLY, New York, October 22, 1904 Front page illustration "Uncle Sam. "Enough Head-Lines--Produce the Evidence!" by W. A. Rogers; John D. Rockefeller, The Richest Man in the World; Ceremonies at the Notification of Frank W. Higgins, Republican Candidate for Governor of New York, With Photographs Taken at His Home; How Russia Treats Her Prisoners--Scenes in the Russian Prison at Alexandrovskii, on the Island of Sakhalin; Snap-Shots of the International Automobile Race for the W. K. Vander-Bilt, Jr., Cup on Long Island, October 8; A. E. W. Mason, Author of  "The Truants," Who is Now Visiting America; The Game Sherlock Holmes; and other advertisements of the day. See photos for full details.