Home > Back to Search Results > Oil Fire at Antwerp...
Click image to enlarge 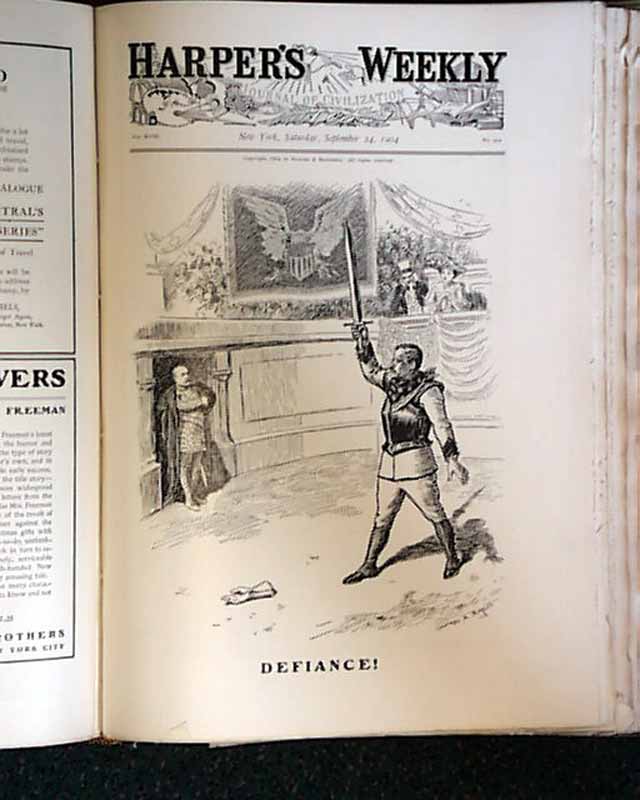 
HARPER'S WEEKLY, New York, September 24, 1904Front page illustration "Defiance!" by W. A. Rogers; Leaders in the Political Campaign--Photographs of the Headquarters of the Democratic and Republican National Committee; The War Game at Manassas--Views of the Troops in Camp Taken by our Special Photographers; Russian Submarine Mines Removed by Japanese Soldiers From the Harbor at Newchwang After the Withdrawal of the Russian Forces From the City; A Remarkable Photograph of the Recent Million-Dollar Oil Fire at Antwerp, Delgium; and other advertisements of the day. The issue is complete in 12-16 pages, in good condition, and contains additional prints and related text. See photos for details. 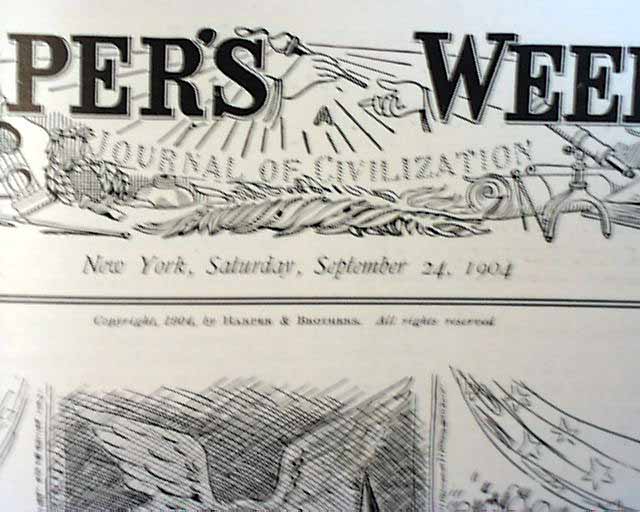 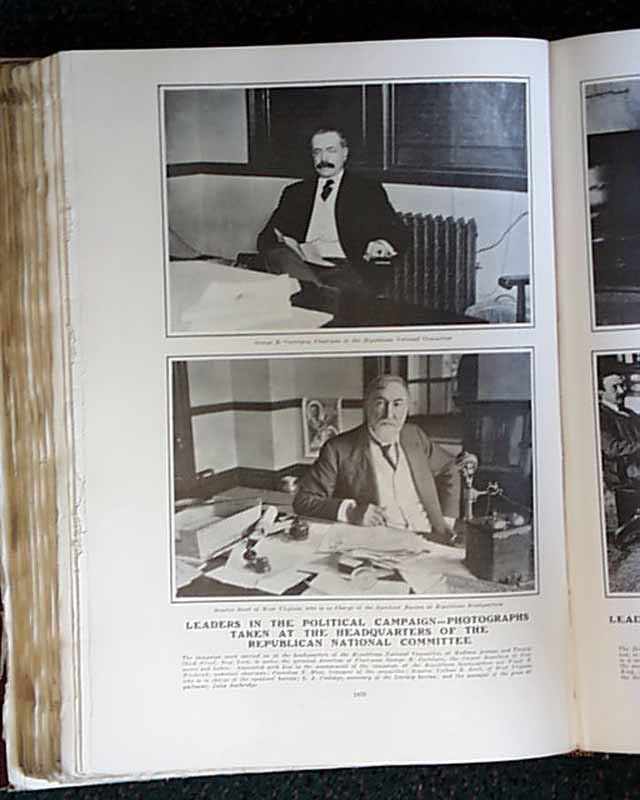 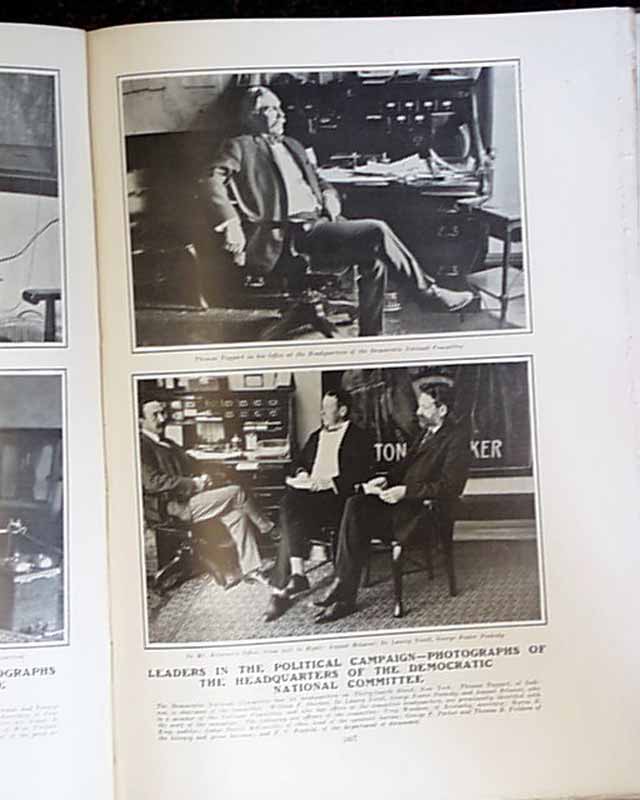 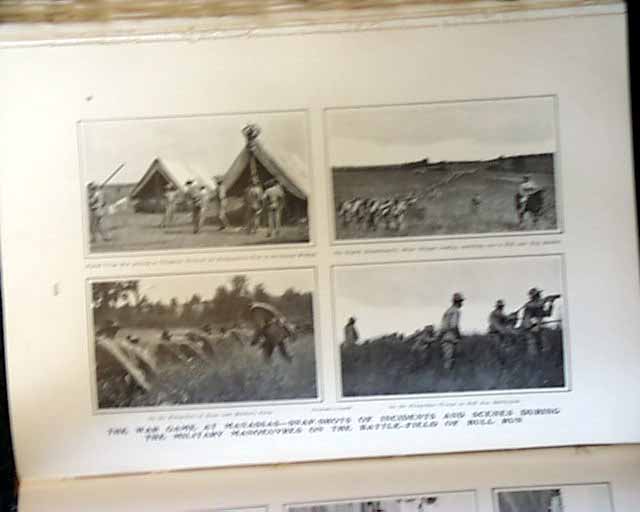 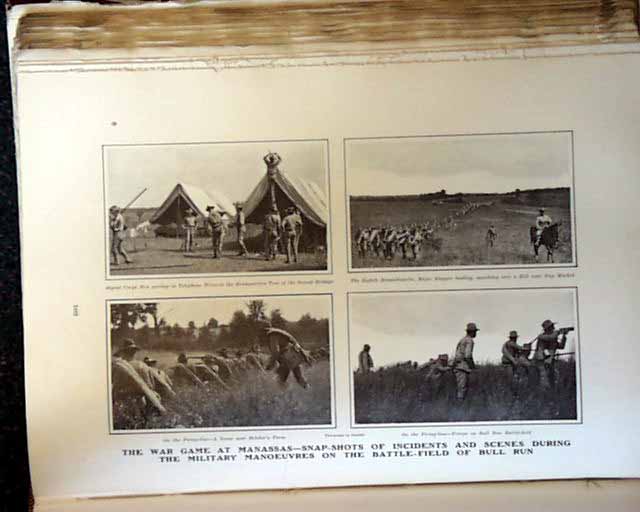 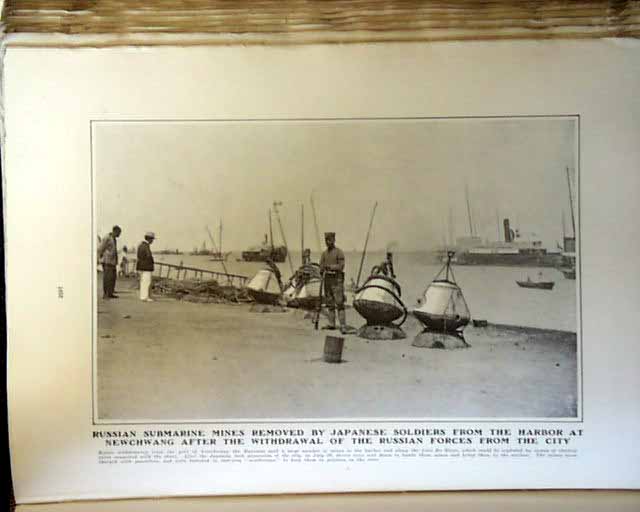 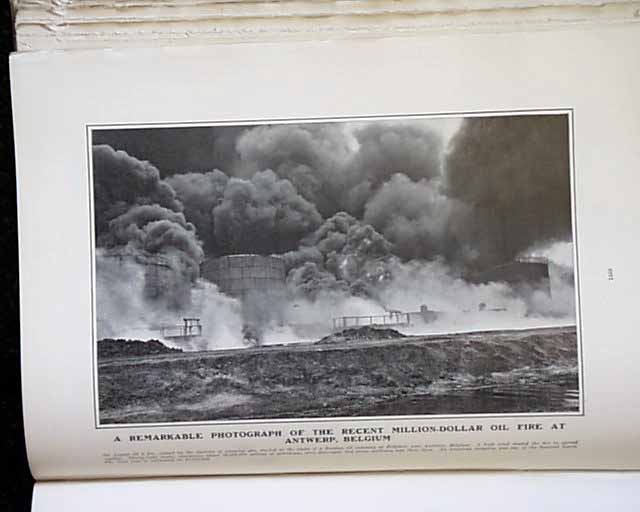