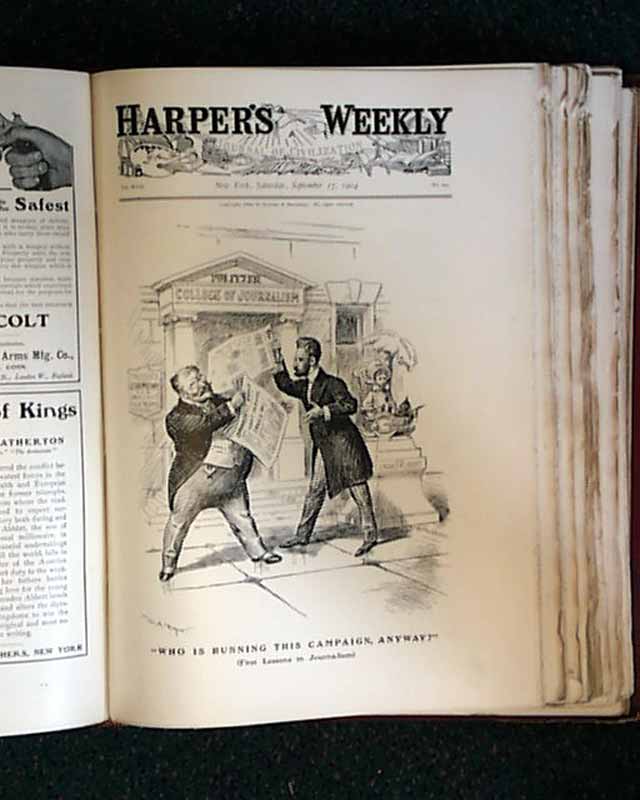 
HARPER'S WEEKLY, New York, September 17, 1904 Front page illustration "Who is Running This Campaign, Anyway?" by W. A. Rogers; An Innovation in Chicago's Mail System--Opening of the City's New Pneumatic-Tube Mail Service; Snap-Shots of Scenes at the World's Olympic Championship Games at the St. Louis Fair; Photos of Japanese Military Leaders, and Snap-Shots of Recent Operations Under Their Direction Near the Manchurian Divide; The Military Manoeuvres at Manassas--Scenes and Incidents by Our Special Photographers; Views of New York's New Subway System; and other advertisements of the day. The issue is complete in 12-16 pages, in good condition, and contains additional prints and related text. See photos for details.