Home > Back to Search Results > Racing at Saratoga...
Click image to enlarge 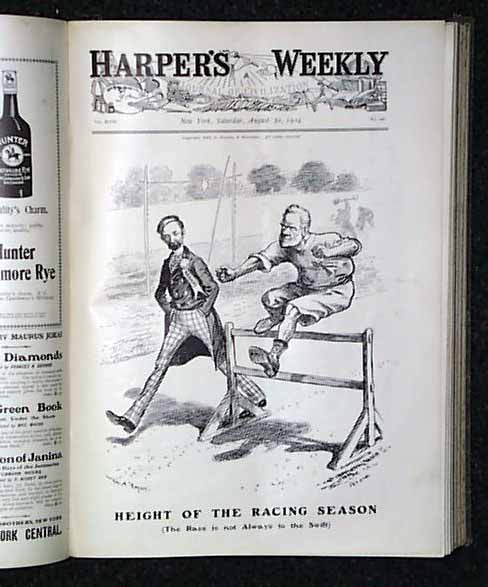 
HARPER'S WEEKLY, New York, August 20, 1904Front page illustration "Height of the Racing Season" by W. A. Rogers; The Latest Photograph of Mrs. Alton B. Parker; Snap-Shots of Scenes at the Opening of the Racing Season at Saratoga; Photographs of Irving Bacheller's Literary Workshop at Sound Beach, Connecticut; Double page Photo, Judge Parker Receiving the Formal Notification of His Nomination at Esopus, August 10; The Four Most Prominent Candidates for the National Tennis Championship at Newport This Week; and other advertisements of the day. The issue is complete in 12-16 pages, in good condition, and contains additional prints and related text. See photos for details.