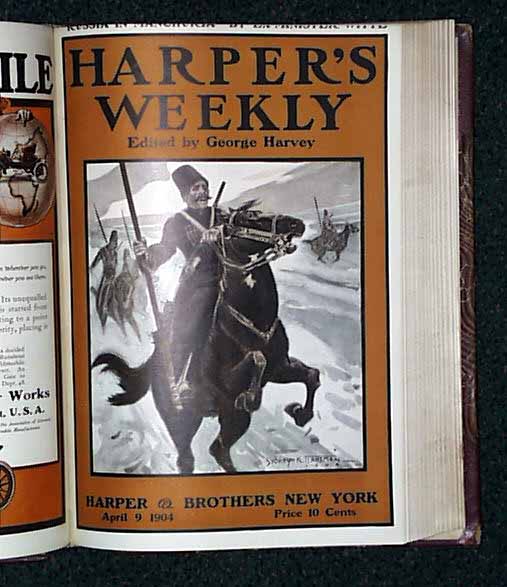 
HARPER'S WEEKLY, New York, April 9, 1904 Frontpage illustration "Russia's Move" by W. A. Rogers; Snap-Shots of Russian Soldiers on the Uncompleted Railroad Around the Southern Part of Lake Baikal; Military Scenes in St. Petersburg and Warsaw; Photos From the Scene of War in Korea; Doublepage illustration "A Cossack Charge Against Japanese Troops in Northern Korea" by A. J. Brust; and other advertisements of the day. The issue is complete in 12-16 pages, in good condition, and contains additional prints and related text. See photos for details.