Home > Back to Search Results > Fighting in Russia...
Click image to enlarge 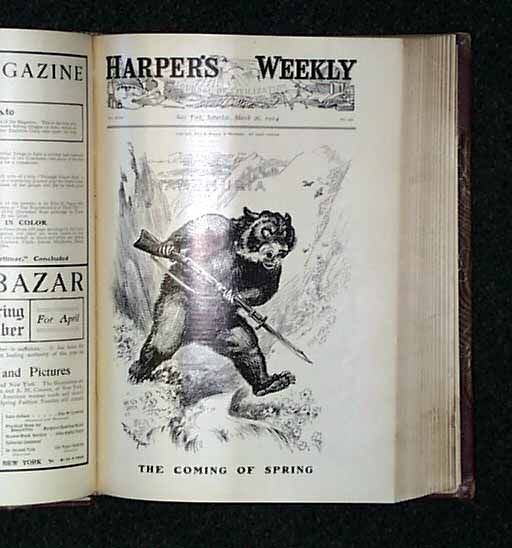 
HARPER'S WEEKLY, New York, March 26, 1904Frontpage illustration "The Coming of Spring" by W. A. Rogers; Russian Troops in Manchuria on Their Way to the Front; St. Petersburg in War-Time--Troops Leaving for the Front; Doublepage illustration "A View of the Torpedo Attack Upon Russian War-Ships at Port Arthur" by Sydney Laurence; Doublepage Map, "The Scene of War--Where Russia and Japan are Fighting in the Far East" by H. M. Pettit; and many other photos of the war in the East; and other advertisements of the day. The issue is complete in 12-16 pages, in good condition, and contains additional prints and related text. See photos for details.