Home > Back to Search Results > Japan and Russia...
Click image to enlarge 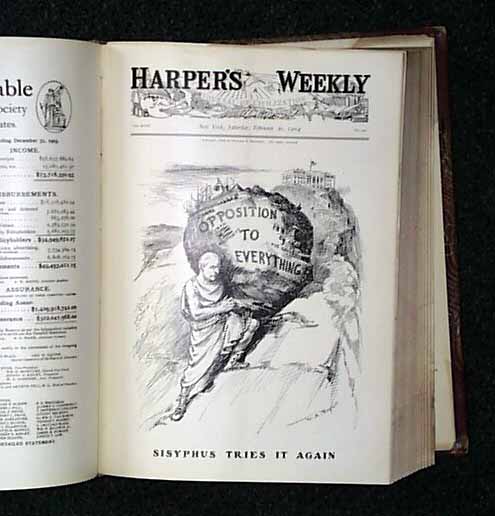 
HARPER'S WEEKLY, New York, February 20, 1904 Frontpage illustration "Sisyphus Tries it Again" W. A. Rogers; The Exodus of Non-Combatants From Manchuria by Way of the Trans-Siberian Railroad; The Mountainous Country of Korea, Over Which Japan is Reported to be Marching Troops to Meet the Land Forces of Russia; On Board the Japanese Armored Cruiser "Asama," One of the Ships Which Disabled Seven of Russia's War-Ships at Port Arthur; The Russian Battle-Ship, "Reresviet," Leaving Port Arthur and other advertisements of the day. The issue is complete in 12-16 pages, in good condition, and contains additional prints and related text. See photos for details.