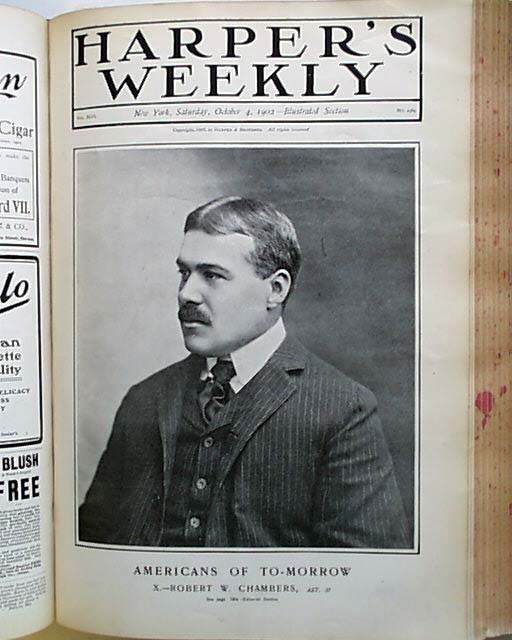 
HARPER'S WEEKLY, New York, October 4, 1902 Frontpage photo Americans of To-Morrow, Robert W. Chambers; The President's Shortened Western Tour; The Revolution in Venezuela; fullpage photo of opera composer Pietro Mascagni;  The Return of the Arctic Expolorers; The Power-House Canal at Sault Ste. Marie with photos; The Fort Riley Manoeuvres and the New Armament with photos; photo of the The Trial of an American Air-Ship; and other news and advertisements of the day. See photos for full details.