Home > Back to Search Results > "Duck-Shooting: Starting For The Blinds" by Frost...
Click image to enlarge 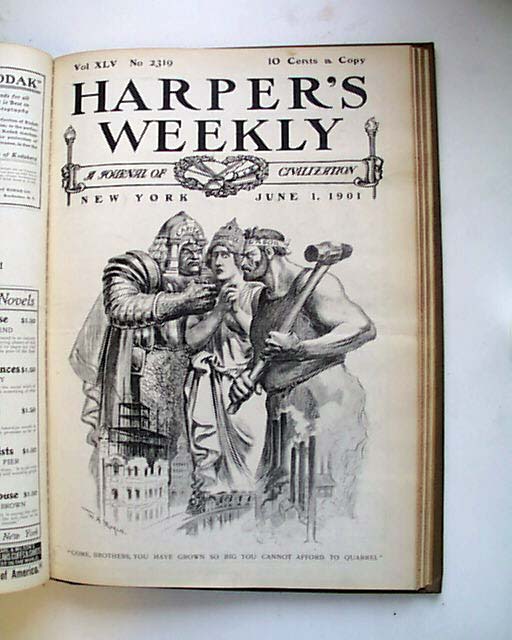 "Duck-Shooting: Starting For The Blinds" by Frost...


HARPER'S WEEKLY, New York, June 1, 1901 Illustration "Sunday Morning On Riverside Drive"; The Army and Its Rulers; The Pan-American Exposition; fullpage illustration "Crusaders Sighting Jerusalem" by Abbey;  Two Lessons in Colonial Government; doublepage centerfold "In Memoriam" by Keller; "Duck-Shooting: Starting For The Blinds" by Frost; The President in the Southwest; Leading Players for the Metropolitan Golf Championship; The Yachting Season of 1901; and other news of the day. See photos for full details.