Home > Back to Search Results > "The Return From The Blind" by Frost...
Click image to enlarge 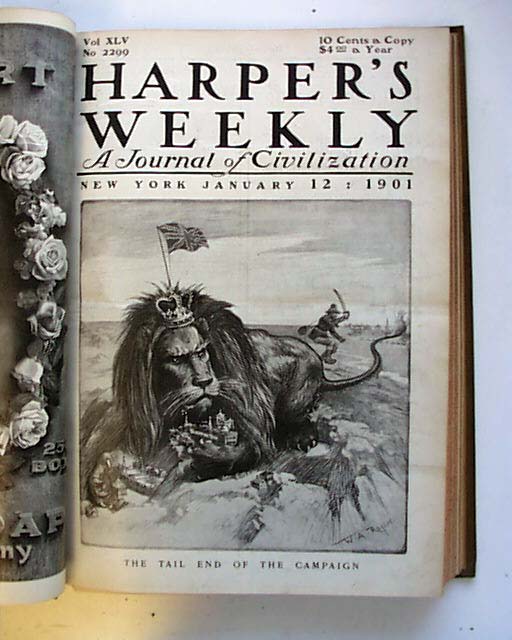 "The Return From The Blind" by Frost...


HARPER'S WEEKLY, New York, January 12, 1901  Doublepage centerfold "The Return from the Blind" by Frost; frontpage photo "The Children of Theodore Roosevelt"; The Inauguration of the Governor of New York - Governor Odell; Peace Negotiations at Peking; fullpage illustration "Battle-Ships and Cruisers Now Building for the United States Navy"; and other news of the day. See photos for full details.