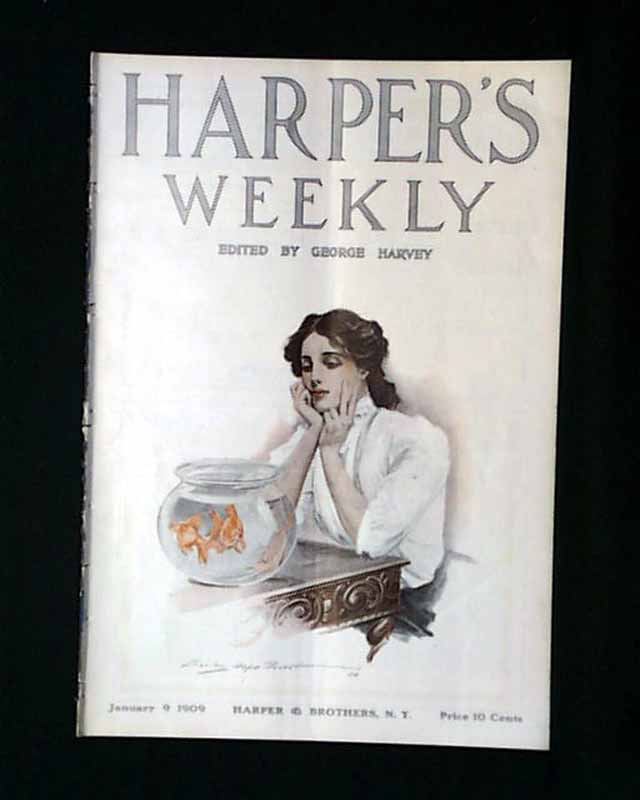 
HARPER'S WEEKLY, New York,  January 9, 1909  There is a color cover on this issue with an illustration. The front page of this issue has a photo of "Where Many Thousands Perished."

This issue has photos of "Europe's Appalling Calamity"; "The Tragedy on the Mediterranean"; "Mary Anderson, That Was"; and there are illustrations of "The Senatorial Hall of Fame" by Kemble and a double page photo spread of "Interesting Examples of American Sculpture"; "The Trick-Rider" by Walter Biggs and much more.