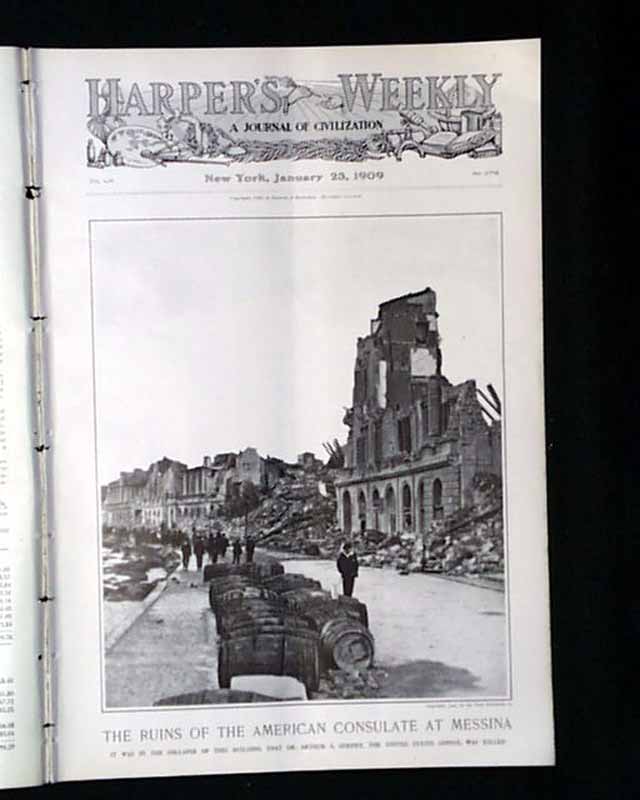 The front page of this issue has a photo of "The Ruins of the American Consulate at Messina." Additionally, this issue has photos of "In the Italian Cities of Sorrow"; "When Nature Rises in Her Senseless Wrath"; "Messina, A City That Was"; and "The Flight From the Stricken Region." There is a double page illustration by James Montgomery Flagg "The Senses--Touch"; "Too Close for Comfort" by Frank Craig and much more.