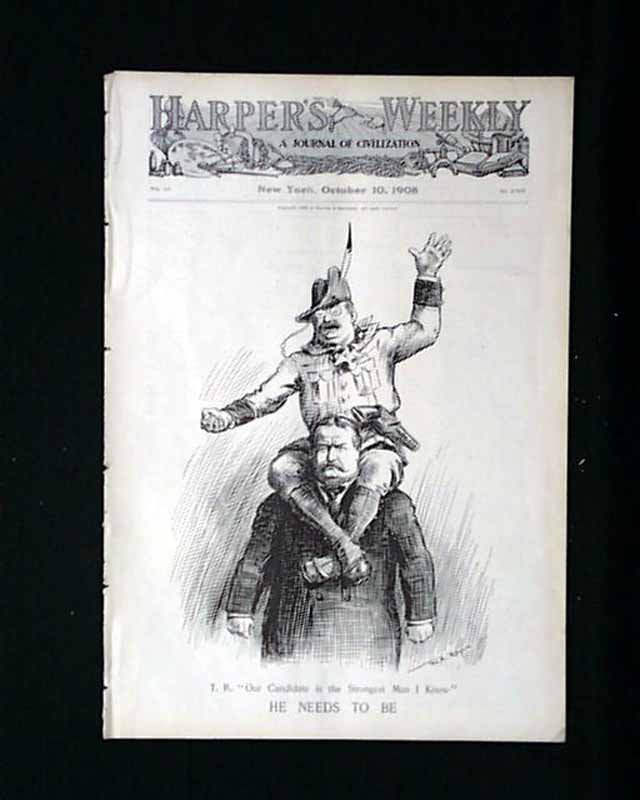 
HARPER'S WEEKLY, New York, October 10, 1908  The front page of this issue has an illustration by W. A. Rogers called "T. R. 'Our Candidate is the Strongest Man I Know'--He Needs to Be."
This issue has a photo of "The Pope's Ecclesiastical Jubilee"; photos of "The American Fleet at the Antipodes"; "In the Trail of the Adirondack Forest Fires"; "Baseball's Eventful Year"; "In the Days of Their Youth"; "Making Street Railway Accidents to Order"; a double page illustration by Kemble of "What Four Years of Bryan Would Mean" plus the ninth comic in a series by Grill called "The White House Boys, Bill and Jack and much more.
Other advertisements of the day are included as well, helping to portray life at the turn of the century. This issue is in very good condition.