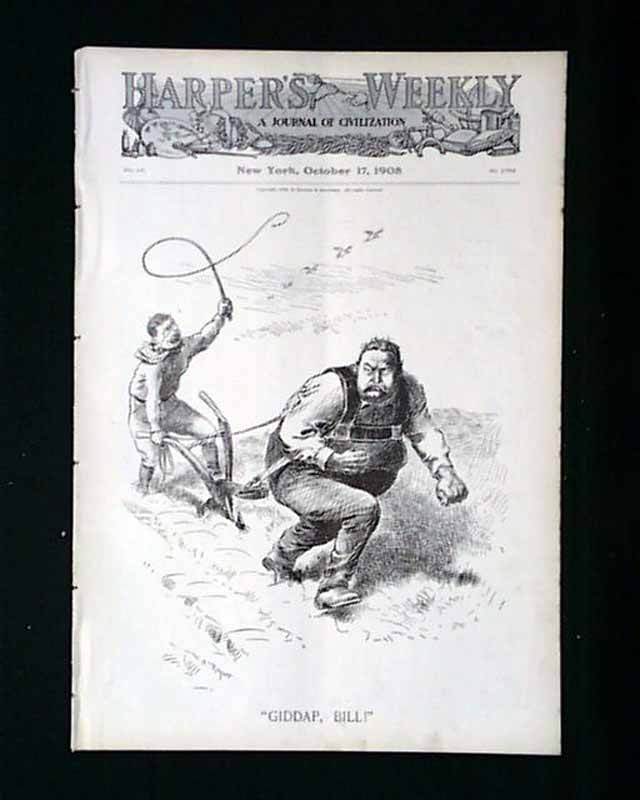 This issue has photos of "The Greatest Ball Game Ever Played" between Chicago Cubs and New York Giants on October 8, 1908; "Pittsburgh Celebrates its Hundred-and-Fiftieth Birthday"; "The Socialist Propaganda in the Campaign"; "The Most Cultivated Princess in Europe" and "Mr. Taft in the West." There is also an illustration by Kemble called "Should Auld Acquaintance by Forgot?" and a double page illustration by Kemble called "Teddy Revere" plus the tenth comic in a series by Grill called "The White House Boys, Bill and Jack and much more.